Thousands of Australians have been ordered to evacuate their homes in Sydney as torrential rain battered the country's largest city and floodwaters inundated its outskirts.

Roads across the city were cut off and authorities said at least 18 evacuation orders were in place in western Sydney, an area that was inundated with severe flooding in March.

"This is a life-threatening emergency situation," Stephanie Cooke, emergency services minister for the state of New South Wales, told reporters.

Australia has been at the sharp end of climate change, with droughts, deadly bushfires, bleaching events on the Great Barrier Reef and floods becoming more common and intense as global weather patterns change.

With more wild weather expected in the coming days, Ms Cooke described the floods as a "rapidly evolving situation" and warned that people should be "prepared to evacuate at short notice". 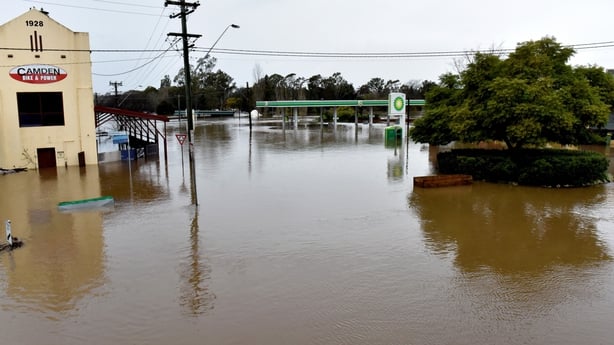 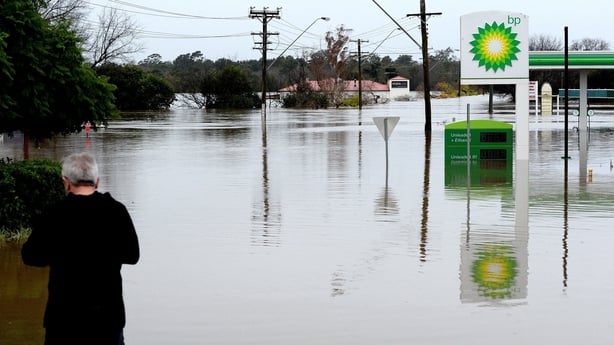 The city's Warragamba Dam began to spill in the early hours of this morning, she said, well ahead of authorities' predictions.

While in Camden, a southwestern suburb of Sydney home to more than 100,000 people, local shops and a petrol station were inundated by floodwaters.

Ms Cooke asked those living along a 500km stretch of Australia's east coast, both north and south of Sydney, to consider cancelling their school holiday travel plans because of the weather.

Emergency services conducted 29 flood rescues and were called out more than 1,400 times in the previous 24 hours, she said.