Sweden has arrested 26 people after weekend clashes between police and protesters rallying against plans by a far-right group to burn copies of the Koran, police have said.

Eight people were arrested in the city of Norrkoping and 18 people were detained in the neighbouring city of Linkoping, police said in a statement.

Yesterday, clashes erupted in both cities for the second time in four days over rallies by anti-immigration and anti-Islam group Hard Line, led by the Danish-Swedish politician Rasmus Paludan. 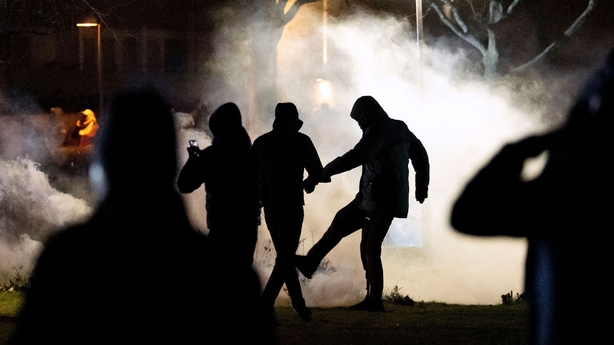 Mr Paludan, a lawyer and a YouTuber who intends to stand in Swedish legislative elections in September but does not yet have the necessary number of signatures to secure his candidature, is currently on a "tour" of Sweden.

The 40-year-old is visiting neighbourhoods with large Muslim populations where he wants to burn copies of the Muslim holy book Koran as Muslims observe the holy month of Ramadan.

In Malmo, where he burned a Koran on Saturday, fire erupted in a school overnight, officials said.

Hard Line's rallies have sparked several clashes between the police and counter-protesters across the Scandinavian country in recent days.

On Thursday and Friday, around 12 police officers were injured in the clashes. In the wake of the string of incidents, Iraq's foreign ministry said yesterday that it had summoned the Swedish charge d'affaires in Baghdad.

It warned that the affair could have "serious repercussions" on "relations between Sweden and Muslims in general, both Muslim and Arab countries and Muslim communities in Europe".