A Covid-19 outbreak on an Australian warship has threatened to disrupt aid efforts to Tonga, as the international relief operation following the 15 January eruption and tsunami continues.

The eruption generated huge tsunami waves and blanketed the Pacific kingdom in toxic ash when it obliterated an uninhabited island with explosive forces more powerful than a nuclear bomb.

Australia has led international relief efforts, rushing to get water and humanitarian supplies to the nation of 100,000 people.

But officials in Canberra said 23 Covid-19 cases had been detected among the crew of the warship HMAS Adelaide, which is steaming towards the capital Nuku'alofa laden with aid.

Tonga is one of the few places in the world that remains Covid-free and Australian Defence Minister Peter Dutton said the relief effort would not be allowed to jeopardise that status. 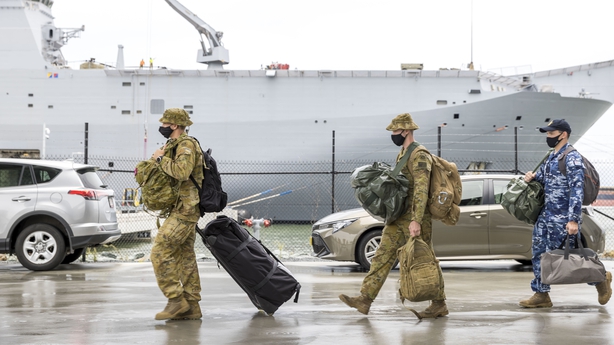 Mr Dutton said the ship would remain at sea while discussions were held with Tongan authorities to decide whether the crew would attempt "contactless" delivery of the much-needed supplies.

"We're not going to put the Tongan population at risk, but at the same time we want to deliver aid as quickly as possible," he said.

New Zealand, France, Japan and China have also contributed to relief efforts in the wake of an event the Tonga government has described as an "unprecedented disaster".

One of the worst-hit areas was Mango island, the closest inhabited land to the Hunga Tonga-Hunga Ha'apai volcano, which lies about 65km north of Nuku'alofa.

A local man was among three known fatalities from the disaster and Mango's entire remaining population of 62 has been relocated to the main island of Tongatapu after tsunami waves washed away their homes.

Kalisi Levani, 81, said the whole island shook and the sky turned black as she heard "explosions like shooting sounds". 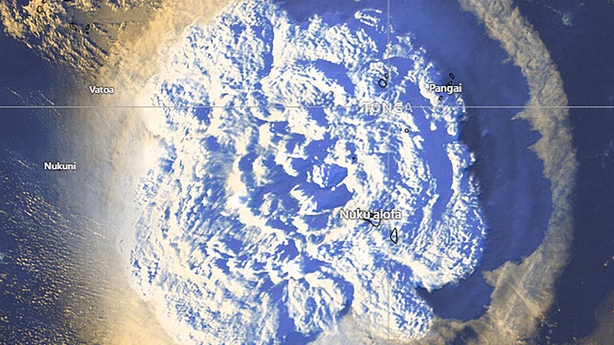 "We all ran and we didn't take anything," she said.

Ms Levani said families fled to a small hill, the island's only high ground, and she only made it over the rugged terrain with help from her son-in-law.

"I told him to put me down, because if I don't die from the tsunami, I'll die from being exhausted," she said.

Community leader Reverend Kisina Toetu'u said the islanders prayed through the night as ash rained down on them, with women and children sheltering under a woven mat as men remained exposed to the elements.

"It was only the next morning that some men, as a search party, went down to look for our missing person and saw the devastation, and that nothing was left," he said.

Asked if the community would return to Mango, Toetu'u said: "not in the near future".

"Everything is gone there, our homes, so we are here for now and then we will see what steps to take," he said.