United Nations Secretary-General Antonio Guterres has condemned air strikes by a Saudi-led coalition in Yemen yesterday that reportedly killed at least 60 people in a detention center in the Houthi-held Saada province.

A Reuters witness said several people, including African migrants, died in the attack.

"An airstrike on telecommunications facilities in Hodeidah has also significantly disrupted vital internet services across much of the country," Mr Dujarric said in a statement.

"The Secretary-General calls for prompt, effective and transparent investigations into these incidents to ensure accountability."

Save the Children said in a statement that three children were reportedly killed in the western city of Hodeidah.

The Saudi-led military coalition has been fighting the Iran-aligned Houthi group in Yemen since 2015.

The coalition said the report of dozens of deaths would be investigated "using an internationally approved, independent process." 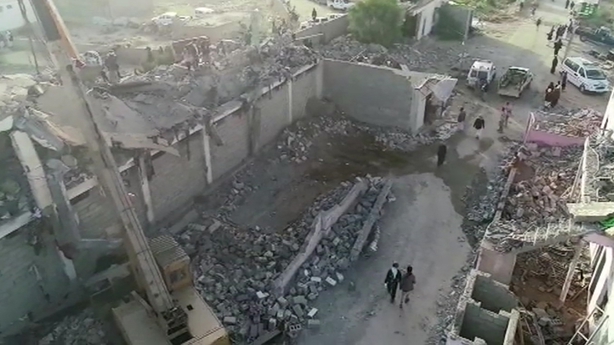 The coalition has denied targeting the detention centre, saying the facility hit was not a site restricted from strikes, the Saudi official news agency SPA reported.

"The coalition will inform the Office for the Coordination of Humanitarian Affairs in Yemen and the International Committee of the Red Cross on the facts and details," the state news agency said, citing a coalition spokesman.

He said the target in Saada was not on no-targeting lists agreed upon with the OCHA, was not reported by the ICRC and did not meet the standards stipulated by the Third Geneva Convention for Prisoners of War.

The coalition has intensified air strikes on what it says are Houthi military targets after the group carried out an unprecedented assault on coalition member the United Arab Emirates on Monday and further missile and drones launches at Saudi cities.

Mr Dujarric said Mr Guterres reminds all parties that they are obliged to "ensure that civilians are protected against the dangers arising from military operations, adhering to the principles of proportionality, distinction and precaution."

The UN Security Council condemned the Houthi attack on the UAE and other sites in Saudi Arabia in a statement after a closed-door meeting, requested by the UAE.

The UAE joined the 15-member council this month for a two-year term. 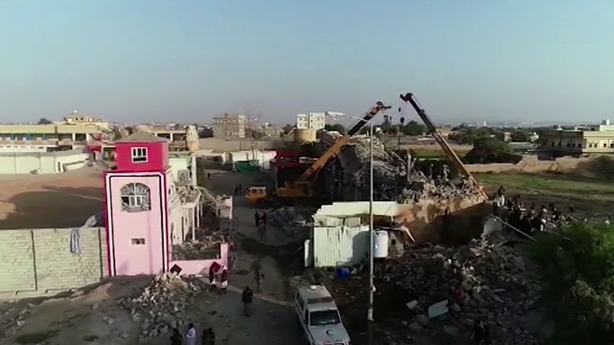 Asked about the air strikes on Yemen, UAE UN Ambassador Lana Nusseibeh told reporters: "The coalition undertake to abide by international law and proportionate response in all its military operations."

Later, Mr Blinken said in a separate statement that the heightening of the conflict was of "great concern" to the United States and called on all sides to de-escalate.

The conflict, in which the coalition intervened after the Houthis ousted the internationally-recognised government from the capital Sanaa, has killed tens of thousands of people, displaced millions and pushed Yemen to the verge of famine.

Meanwhile, Médecins Sans Frontières/Doctors Without Borders said two staff members who are resident in Sa'ada City and were in their houses close to the prison at the time of the air strike described hearing fighter jets and then three separate explosions.

"There is no way to deny that this is an air strike, everyone in Sa’ada City heard it," said one of the MSF staff.

"I live one kilometre from the prison and my house was shaking from the explosions."

One MSF staff member present in al-Gumhouriyyeh Hospital in the city described a hospital overwhelmed with the wounded.

"The hospital is facing a very difficult situation this morning, with casualties lying on the floor," he said.

"There are not enough beds for all of the wounded."