The Finnish Prime Minister, Sanna Marin, went dancing at a crowded nightclub after being exposed to Covid-19, local media have reported.

Ms Marin decided not to leave a restaurant on Saturday after being informed she had attended a meeting with a colleague who had just tested positive for coronavirus.

This was despite being advised to avoid contact with others, Helsingin Sanomat newspaper reported today.

Ms Marin and Mr Lintila were exposed on Friday at a ministerial meeting attended by Foreign Minister Pekka Haavisto, who on Saturday tested positive for Covid-19.

In a post on Facebook, Ms Marin said she was at a restaurant when she received a phone call from her state secretary informing her about the exposure. 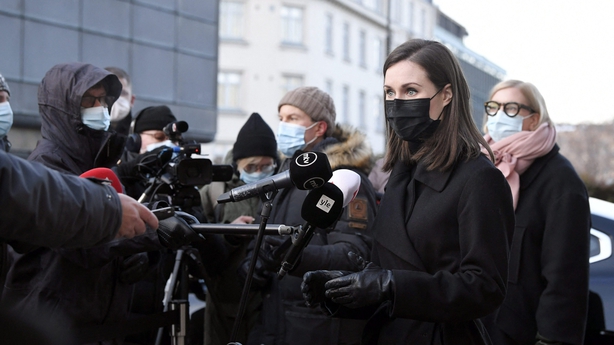 "He said ministers would not be quarantined because they all have been vaccinated twice," Ms Marin wrote on Facebook, explaining why she decided to continue socialising and dancing later at a crowded nightclub.

The Finland Prime Minister's office later said it had sent the exposed ministers two text messages on Saturday recommending that they avoid contact with other people.

Ms Marin said she had left her official phone at home and instead had relied on her assistants reaching her on her personal phone.

She has since taken two Covid-19 tests that have been negative. Mr Lintila has also tested negative.

Finland has seen a surge of new Covid-19 cases in recent months, spurring health officials to worry about the healthcare system being overburdened.

Several big hospitals around the country have postponed non-critical surgeries and the Finnish government today proposed a vaccine mandate for healthcare workers.