Meeting in person for the first time in two years, G20 leaders had a full agenda including climate change, the Covid pandemic, a landmark tax deal and global economy worries.

Here is a summary of what they agreed.

Leaders committed to the key Paris Agreement goal of limiting global warming to 1.5 degrees Celsius above pre-industrial levels, pledged action against dirty coal plants, but fell short on a target of zero emissions.

"Keeping 1.5 degrees within reach will require meaningful and effective actions and commitment by all countries, taking into account different approaches," the G20 said in their final communique.

They also pledged to reach a target of net zero carbon emissions "by or around mid-century", instead of setting a clear 2050 date, as campaigners and summit host Italy were hoping for.

Elsewhere in the statement, they agreed to stop funding new dirty coal plants abroad by the end of 2021, and reaffirmed the so far unmet commitment to mobilise $100 billion for developing countries for climate adaptation costs. 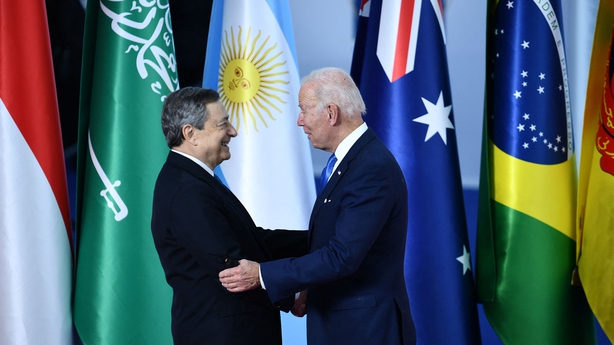 Leaders put their seal of approval on an agreement that will subject multinationals to a minimum 15% tax, as part of an effort to build "a more stable and fairer international tax system".

US internet giants such as Amazon, Google parent Alphabet, Facebook and Apple - which have benefited from basing themselves in low-tax countries to minimise their tax bills - are particular targets of the new global regulation.

The reform, brokered by the OECD and backed by some 136 countries representing more than 90 percent of world GDP, has long been in the making, and is supposed to come into effect in 2023, but the deadline is at risk of slipping.

Each country taking part in the global deal must first pass national legislation -- and US President Joe Biden is among those facing tough domestic opposition to the plan.

Nevertheless, the G20 calls on relevant working groups within the OECD and G20 "to swiftly develop the model rules and multilateral instruments... with a view to ensure that the new rules will come into effect at global level in 2023." 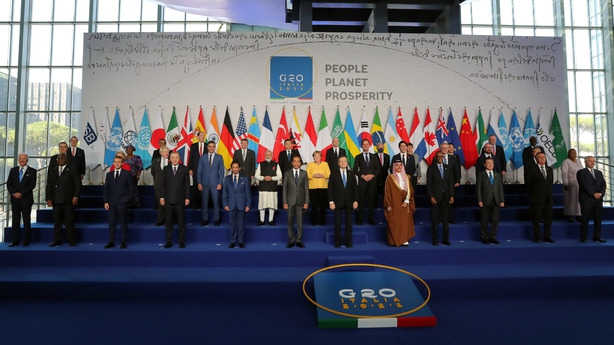 Leaders vowed to support the WHO's goal of vaccinating at least 40% of the world's population by 2021 and 70% by the middle of next year, by boosting the supply of vaccines in developing countries and removing supply and financing constraints.

They also promised to "work together towards the recognition of Covid-19 vaccines deemed safe and efficacious by the WHO," following a complaint during summit talks by Russian President Vladimir Putin about lack of international approval for Moscow's Sputnik V jab.

"We will continue to sustain the recovery, avoiding any premature withdrawal of support measures, while preserving financial stability and long-term fiscal sustainability and safeguarding against downside risks and negative spillovers," they said. 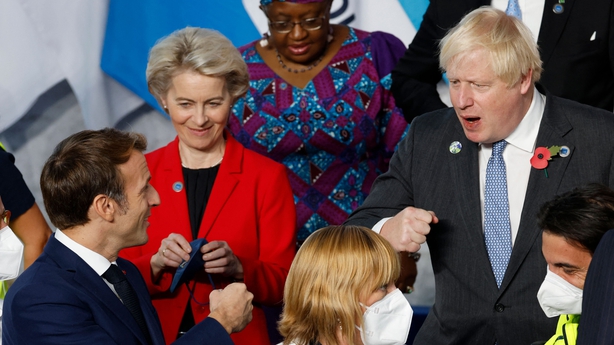 Regarding inflation, they said "central banks are monitoring current price dynamics closely" and "will act as needed to meet their mandates, including price stability, while looking through inflation pressures where they are transitory and remaining committed to clear communication of policy stances."

Finally, G20 leaders pledged to "remain vigilant to the global challenges that are impacting on our economies, such as disruptions in supply chains, (and) monitor and address these issues as our economies recover."

Development aid
Leaders set a new target of channelling $100 billion towards poorest nations, coming from the $650 billion pot made available by the International Monetary Fund via a fresh issuance of its Special Drawing Rights.

SDRs are not a currency, but can be used by developing countries either as a reserve currency that stabilises the value of their domestic currency, or converted into stronger currencies to finance investments.

For poorer countries, the interest is also to obtain hard currencies without having to pay substantial interest rates.