The leaders of the world's major economies gather in Rome this weekend for the first in-person G20 summit since the pandemic began, with Covid-19, economic recovery and climate change topping a packed agenda.

US President Joe Biden is flying in to reiterate his message that "America is back" after four years of Donald Trump's bruising diplomacy, although Russian President Vladimir Putin and China's Xi Jinping will attend only by video link.

Their absence has lowered expectations for the summit, normally a forum for deals between allies and rivals of differing size and power, from the US and China, to Turkey, India, Saudi Arabia, Brazil, Australia and the European Union.

But all eyes will be on their language on climate change, on the eve of crunch COP26 talks starting in Glasgow on Monday. 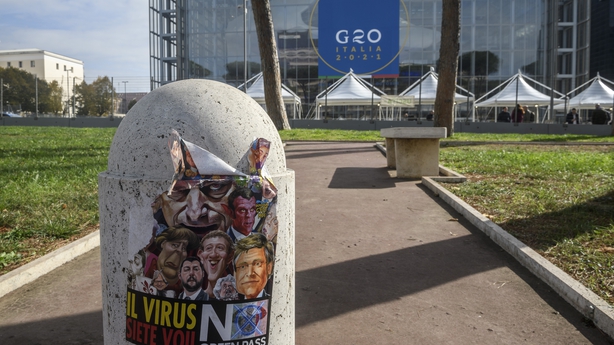 Leaders are also expected to rubberstamp a deal to impose a 15% minimum tax on global corporations and discuss the post-pandemic recovery and associated risks, including the uneven rollout of Covid-19 vaccines. 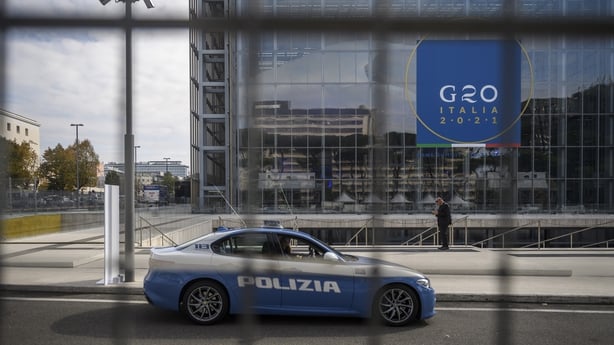 Italian Prime Minister Mario Draghi said the summit "marks the return of multilateralism, after the dark years of isolationism and of isolation linked to the health crisis".

However, Antonio Villafranca, from the ISPI foreign policy think tank, warned the absence of Mr Xi and Mr Putin was "not a positive sign".

The G20 "is not a transatlantic format but a multilateral format in which it is fundamental that everyone contributes," he said.

The timing of the G20 summit, ahead of marathon UN climate talks in Glasgow, has put the effort to slow global warming centre stage.

G20 members are responsible for 80% of all man-made greenhouse gas emissions, but are at different stages of development and disagree on how fast they can act.

Italy hopes the G20 will collectively endorse the UN goal of limiting global warming to 1.5 degrees Celsius above pre-industrial levels, one of the aspirations of the landmark 2015 Paris climate accords.

But G20 members remain at odds over the other major goal of reducing greenhouse gas emissions to net zero by 2050. China has set a 2060 target, but India - pointing to its status as a developing country - has not made a similar commitment.

The risks to the post-pandemic recovery will also feature in the Rome talks, from inflation and rising energy prices to supply chain issues and the slowdown in China's economic growth.

The summit takes place on Saturday and Sunday but many leaders will fly in tomorrow and a flurry of bilaterals are expected, in the first physical gathering many world leaders have attended since Covid-19 struck in early 2020.

Mr Biden will meet French President Emmanuel Macron tomorrow, seeking to smooth ties with the latter after Australia scrapped a French submarine deal in favour of a US-UK agreement.

Security will be tight at the summit, particularly after violent clashes earlier this month in central Rome between police and protesters against the extension of Italy's coronavirus pass to all workplaces. 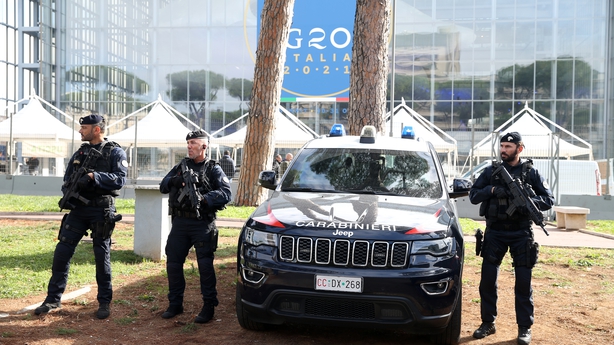 Border controls have been temporarily reintroduced, derogating from Europe's passport-free Schengen area, while a no-fly zone is in place over most of the capital.

Meanwhile 500 soldiers have been mobilised to help out with the summit, which is being held away from the city centre in the Mussolini-era suburb of EUR.