Swedish rapper Einar, who won awards and topped charts in the Scandinavian country, was shot and killed in Stockholm, police and media said as police hunted for suspects.

The 19-year-old, who raps in Swedish, was the most streamed artist on Spotify in Sweden in 2019.

He was shot several times outside an apartment building shortly before 11pm last night local time. 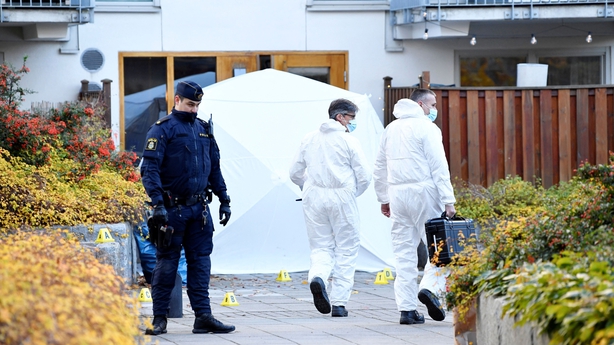 In line with usual practice, police have not yet confirmed the identity of the victim. But Sweden's main media outlets all identified him as rapper Einar, whose full name is Nils Kurt Erik Einar Gronberg.

Many of Einar's songs reference a life of crime, including drugs and weapons.

Einar started posting songs to social media as a young teenager and had his breakthrough in 2019, when he released the song "Katten i trakten" (The cat in the area), which made it to number one on the Swedish singles chart.

Sweden has in recent years struggled to combat rising shootings and bombings by gangs and organised crime.

"It is a young life that has been lost, and I understand that he meant a lot to many young people. It's tragic that another life has been lost," Prime Minister Stefan Lofven told news agency TT.