A stream of lava gushing from the Cumbre Vieja volcano on the Spanish island of La Palma engulfed a cement plant, raising a thick cloud of smoke and prompting authorities to order people in the area into lockdown.

They were also told to shut their windows, shades and air conditioning devices to avoid inhaling toxic fumes from the burning plant as it was being gradually swallowed by the lava.

"Lock down, if possible, in the most inner rooms," the emergency service said via its Twitter account.

Miguel Angel Morcuende, the technical director of the Canary Islands Volcanic Emergency Plan, said the fire at the plant had "produced a very dense smoke that sullied the air". 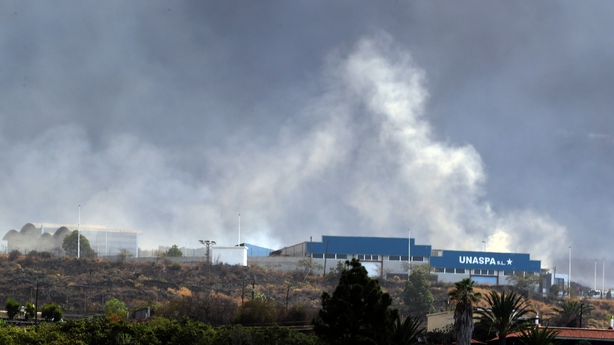 The area affected by the lava in the eruption that began on 19 September has expanded 10% overnight, reaching nearly 600 hectares, he said.

Following the partial collapse of the volcano's cone on Saturday, a new river of lava streamed towards the sea, devouring banana and avocado plantations and most of the remaining houses in the town of Todoque.

Torrents of molten rock have destroyed 1,186 buildings in the three weeks since the eruption, the Canary Islands Volcanic Institute said.

About 6,000 people have been evacuated from their homes on La Palma, which has about 83,000 inhabitants. 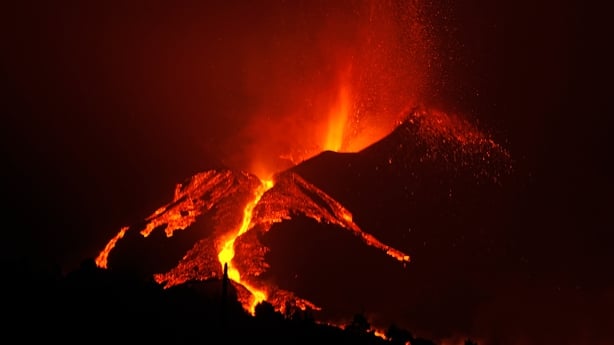 Yesterday, blocks of molten lava as large as three-storey buildings rolled down a hillside on the island while a series of tremors shook the ground.

There were 21 seismic movements recorded, with the largest measuring 3.8, the Spanish National Geological Institute (ING) said, shaking the ground in the villages of Mazo, Fuencaliente and El Paso.