The trial of a once powerful Catholic cardinal and nine others resumes today at the Vatican over alleged financial fraud and a disastrous London property deal paid for with charity funds.

Cardinal Angelo Becciu, who served as the equivalent of chief of staff for Pope Francis at the time of the deal and was later fired from another post, is being tried alongside London-based financiers and other church employees.

They are accused of crimes including embezzlement, fraud and corruption relating to the church's loss-making purchase of a luxury property in London's upscale Chelsea district.

Cardinal Becciu was at the time number two at the Secretariat of State, the most powerful department in the Vatican's central administration.

The case against the 73-year-old, which carries charges of embezzlement, abuse of office and witness tampering, also includes separate allegations over hundreds of thousands of euros of church funds paid to his brother's charity.

The trial is unprecedented in going before a Vatican tribunal of three lay magistrates rather than a religious court, after Francis changed the law to strip cardinals and bishops of legal privileges.

At today's hearing, which lasted a little over two hours, defence lawyers renewed complaints about not having full access to documents and evidence collected by the prosecution. The presiding judge adjourned proceedings to Wednesday.

Unlike other defendants, Cardinal Becciu and a prelate who was his former right-hand man, Monsignor Mauro Carlino, have to date attended all court proceedings. At the first hearing in July, the cardinal said he was going to prove his innocence "with respect to every charge".

The trial, which is expected to last months, follows a two-year probe into how the Secretariat of State managed its vast asset portfolio and, in particular, who knew what about the disastrous €350 million London investment.

Since becoming pope in 2013, Francis has vowed to clean up the Church's finances.

The scandal is particularly embarrassing because funds used for risky ventures like the London one came from the Peter's Pence, money donated by churchgoers for the pope's charities. 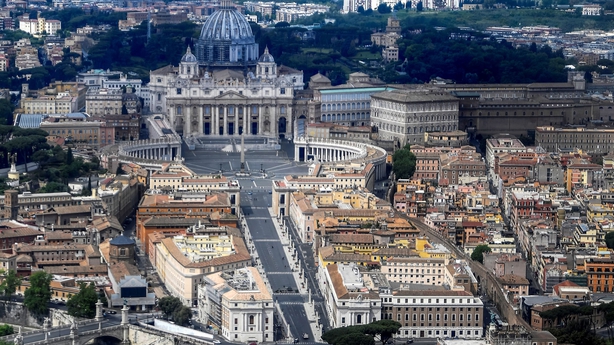 Ahead of the trial, prosecutors painted a picture of risky investments with little or no oversight, and double-dealing by outside consultants and insiders trusted with the financial interests of the Secretariat of State.

The primary defendants are "actors in a rotten predatory and lucrative system, sometimes made possible thanks to limited, but very incisive, complicity and internal connivance", they argued.

The current case dates from 2013, when the secretariat borrowed more than $200 million, mainly from Credit Suisse, to invest in a Luxembourg fund managed by an Italian-Swiss businessman, Raffaele Mincione.

Half was intended for stock market purchases and the rest for part of the building in London's Sloane Avenue.

Prosecutors allege Mr Mincione used the money to invest in high-risk ventures over which the church had no control. By 2018, the secretariat had already lost millions and tried to pull out of the deal.

Another London-based financier, Gianluigi Torzi, was brought in to broker the purchase of the rest of the building and cut ties with Mr Mincione. But he is accused of instead joining forces with him.

Mr Torzi allegedly inserted a clause into the sale deal that gave himself control of the building through voting rights. He is accused of demanding €15m to relinquish control.

Mr Mincione and Mr Torzi were helped, prosecutors claim, by Enrico Crasso, a former financial consultant to the secretariat, and employee Fabrizio Tirabassi, both of whom face charges including fraud.

Also implicated are two former top officials within the Vatican's financial affairs watchdog, including its ex-president, Swiss lawyer Rene Bruelhart, who prosecutors say did not do enough to protect the secretariat's interests.