British Prime Minister Boris Johnson has said it is "infuriating" that cases involving violence against women and girls are not being taken seriously enough by police and take too long to process through the UK's criminal justice system.

Mr Johnson also said too many women are "finding their lives lost to this system" while waiting and hoping for their cases to be taken seriously.

He made his comments after talks with Metropolitan Police Commissioner Cressida Dick on Thursday amid a crisis in the public's trust of the police, following the life conviction given to serving officer Wayne Couzens this week for the kidnap, rape and murder of London woman Sarah Everard.

Speaking to The Times, Mr Johnson insisted the public could and should still trust the police but work needed to be done to "fix" how the criminal justice system handled complaints of violence against women and girls.

He said such cases were being compromised by the long time it took courts to process them, which meant police did not take them seriously enough. 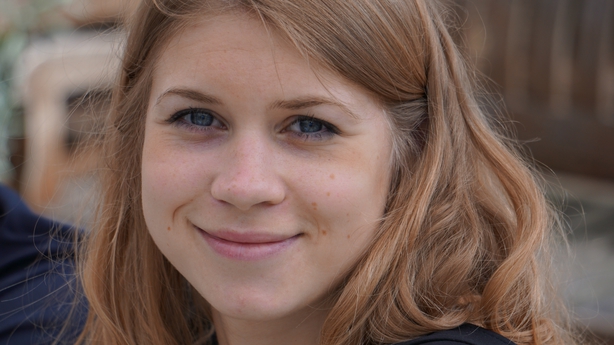 Saying he had spoken to Commissioner Dick about how to boost prosecutions and convictions for rape cases, Mr Johnson said: "But there's another problem, which is partly caused by the failure of the criminal justice system to dispose of these (cases). Are the police taking this issue seriously enough? It's infuriating. I think the public feel that they aren't and they're not wrong.

"Do I fundamentally believe the police are on our side? Yes, absolutely they are. Can you trust the police? Yes you can. But there is an issue about how we handle sexual violence, domestic violence, the sensitivity, the diligence, the time, the delay, the confusion about your mobile phone. That's the thing we need to fix."

Mr Johnson said many women abandoned their attempts to find justice over violent crimes against them because of "victim attrition" and said "far too many women are basically finding their lives lost to this system" while waiting for their complaint to be "taken seriously, waiting for their case to be heard".

"You're seeing victim attrition, you're seeing people giving up, it's utterly miserable for them. It's infuriating," he told the paper.

In an earlier interview with broadcasters, Mr Johnson said the Government was examining how the criminal justice system could be improved to ensure swifter processing of complaints of sexual violence, and spoke of the need to recruit more female officers.

"I do believe in the police. I do think that we can trust the police. And I think the police do a wonderful, wonderful job," he said.

But he added there were "too few prosecutions for rape and too few successful prosecutions, too few convictions", adding: "What you're seeing is the whole system snarled up with evidential problems, with data issues, with mobile phones disclosure, all that kind of stuff, and it's a nightmare for the women concerned. So we've got to fix it."

The UK Home Secretary Priti Patel told The Daily Telegraph: "I would say to all women: give voice to these issues, please ... There is something so corrosive in society if people think that it's OK to harass women verbally, physically, and in an abusive way on the street and all that kind of stuff.

"I want women to have the confidence to call it out. I don't see all of this as low level.

"I don't want to see postcode lotteries around the country. This is a very clear message to police to raise the bar: treat everybody in the right way. Make sure that when these crimes or concerns are reported, people are treated with respect, dignity and seriously."

Meanwhile, police have also come under fire for suggesting women should flag down a bus, amid other advice, if they have concerns when stopped by an officer.

Government ministers and Scotland Yard were accused of having a tone-deaf response to violence against women and girls after a string of suggestions over what action the public should take if they fear an officer is not acting legitimately.

Other advice - including shouting to a passer-by, running to a house, knocking on a door, or calling 999 - was also met with heavy criticism, with one MP branding it "derisory".

Scotland's First Minister Nicola Sturgeon tweeted: "It's not up to women to fix this. It's not us who need to change.

"The problem is male violence, not women's 'failure' to find ever more inventive ways to protect ourselves against it. For change to happen, this needs to be accepted by everyone."

Labour MP Bell Ribeiro-Addy said on Twitter: "We want to know what the Met are doing to address the deeply rooted problems with violence against women within the force.

"This completely derisory advice shows they're still not taking it seriously."

The Met stressed the advice was given for specific, and rare, scenarios in which people doubted the identity of any solo plain clothes police officer engaging with them.