Rivers of lava raced down the Cumbre Vieja volcano and exploded high into the air overnight on the Spanish island of La Palma as an eruption intensified.

The island's airport was also closed as the volcano entered its most explosive phase so far.

Since it began erupting last Sunday on the small island in the Atlantic, the volcano has spewed out thousands of tons of lava, destroyed hundreds of houses and forced the evacuation of nearly 6,000 people.

Authorities said this morning that the 160 people evacuated from three more towns yesterday would not be able to return to their homes to retrieve their belongings because of the "evolution of the volcanic emergency".

Experts said the volcano had entered a new explosive phase. 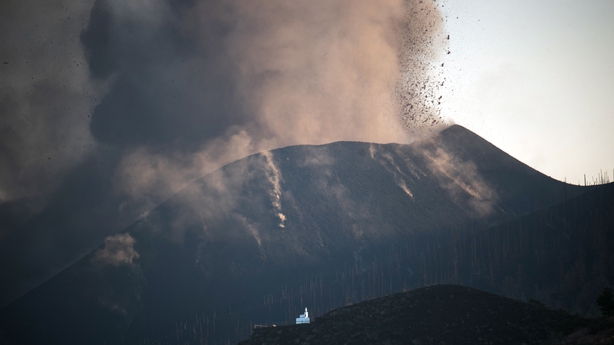 "Volcanic surveillance measurements carried out since the beginning of the eruption recorded the highest-energy activity so far during Friday afternoon," emergency services said in a statement yesterday evening.

Spanish airport operator Aena said this morning that the island's airport had been closed.

"The airport is closed because of the accumulation of ash," said the state-owned airport.

"Clean-up operations have begun but the situation can change at any moment," it added.

La Palma, with a population of over 83,000, is one of an archipelago making up the Canary Islands.

According to the European Union's Copernicus Earth Observation Programme, lava has so far destroyed 420 buildings and covered more than 190 hectares of land.

Prime Minister Pedro Sanchez announced La Palma would be declared "a zone affected by a catastrophe" which opens financial aid to residents.

The speed of the lava flowing from the crater has steadily slowed in recent days, and experts hope it will not reach the coast.

If the molten lava pours into the sea, it can generate clouds of toxic gas into the air, also affecting the marine environment. 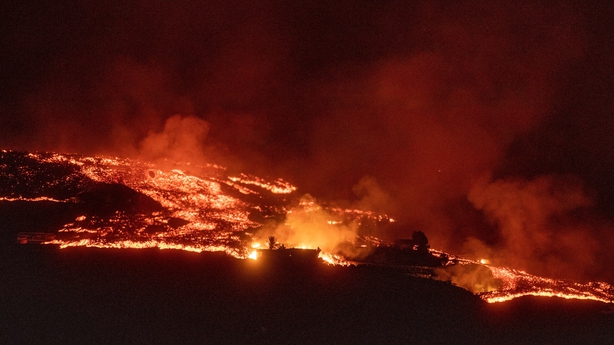 Yesterday, firefighters retreated from clean-up work in the town of Todoque, airlines cancelled flights, and authorities evacuated the towns of Tajuya, Tacandede Abajo and the part of Tacande de Arriba that had not already been evacuated after a new vent opened up in the flank of the volcano.

No serious injuries or fatalities have been reported in the volcano's eruption, but about 15% of the island's economically crucial banana crop could be at risk, jeopardising thousands of jobs.

The eruption on La Palma was the first in 50 years.

The last eruption on the island came in 1971 when another part of the same volcanic range - a vent known as Teneguia - erupted on the southern side of the island.