Human-caused climate change has intensified the drought gripping the southwestern United States, the region's most severe on record, a US government report has said.

It said that precipitation was at the lowest 20-month level documented since 1895.

Over the same period, from January 2020 through August 2021, the region also experienced the third-highest daily average temperatures measured since record-keeping began near the end of the 19th century, according to the National Oceanic and Atmospheric Administration's (NOAA) drought task force.

The study warned that extreme drought conditions are likely to worsen and repeat themselves "until stringent climate mitigation is pursued and regional warming trends are reversed".

The drought emerged in early 2020 in California, Nevada and the "Four Corners" states of Arizona, Utah, Colorado and New Mexico.

It has led to unprecedented water shortages in reservoirs across the region, while fueling devastating western wildfires over the past two years, the report noted. 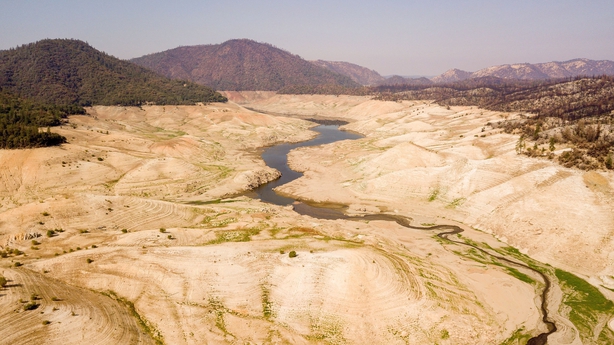 Much of the record below-normal wintertime precipitation was likely due to natural weather variations, including a La Nina pattern, while research suggests that successive summers of scant monsoonal rainfall may also occur by chance, the NOAA report said.

However, unusually high temperatures coinciding with the southwest's historic dry spell are symptomatic of human-caused climate change and have intensified the drought, making it "more impactful" in a number of ways, the report's authors concluded.

Low snow pack and parched soil can also create a "land-atmosphere feedback" that deepens a drought by helping raise ground temperatures while leaving less moisture available to evaporate for future precipitation, according to the study.

The report noted that the drought has been so severe that states sharing the Colorado River, the region's principal river basin, experienced the first ever water delivery shortfall.

The report focuses on drought in six states comprising the American southwest, home to more than 60 million people, but its implications stretch beyond that region, the authors said.

"Half of the United States is in an unprecedented drought, precisely as the country's economy is struggling to emerge from the effects of Covid," lead author and Dartmouth College geography professor Justin Mankin said in a statement.

While summer 2021 brought welcome monsoon rains to parts of the southwest, several years of above-average rain and high-elevation snow are needed to replenish the region's reservoirs, streams and soils.

"This suggests that for much of the US southwest, the present drought will last at least into 2022, potentially longer," the report said.