US President Joe Biden has warned against the return of a closed border on the island of Ireland.

He was speaking ahead of a meeting with British Prime Minister Boris Johnson at the White House.

Mr Biden was asked about the Northern Ireland Protocol by reporters and said it was an issue he felt very strongly about.

When asked about a UK-US trade deal, the US President told reporters in the Oval Office: "To do with the UK, that's continuing to be discussed.

"But on the (Northern Ireland) protocols I feel very strongly on those.

"We spent an enormous amount of time and effort, the United States, it was a major bipartisan effort made.

"And I would not at all like to see, nor I might add would many of my Republican colleagues like to see, a change in the Irish accords, the end result having a closed border in Ireland."

Mr Johnson said they were at one on the issue and that nobody wanted to see anything that would interrupt or imbalance the Good Friday Agreement.

After the meeting between the two leaders, the White House said that President Biden had reiterated his longstanding support for a secure and prosperous Northern Ireland.

Mr Johnson's first White House meeting with Mr Biden since he succeeded Donald Trump came as the British government's hopes for securing a comprehensive free trade deal with the US faded.

Ministers were understood to be instead considering whether to join an existing pact with the US, Mexico and Canada to boost trans-Atlantic trade in a major departure from their prior ambitions.

Downing Street said brokering a comprehensive deal with the White House remains "the priority" but did not rule out joining other pacts as a backup.

"Our focus is on the US stand-alone deal and that's what we're working towards," the prime minister's official spokesman said.

Earlier in the day, Mr Johnson was unable to commit to securing the deal - touted as a prize of Brexit by Leave supporters during the EU referendum - before the next election.

His concession came after suggesting trade negotiations are not a priority for the US president, who he accepted has "a lot of fish to fry".

Asked if he would get the deal by 2024, Mr Johnson told Sky News: "We will keep going with free trade deals around the world including in the United States.

"I have plenty of reason to be optimistic about that. But the Americans do negotiate very hard."

Elsewhere, Stormont Agriculture Minister Edwin Poots has said Washington is not the decision-maker when it comes to the future of the Northern Ireland Protocol. 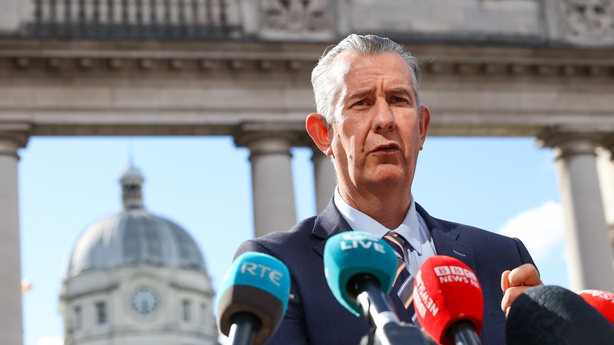 DUP minister Mr Poots questioned whether the US administration had read the Good Friday Agreement and said if they did they would appreciate that the protocol was undermining a key plank of the accord - east/west relations.

"There's no surprise, the Biden administration have been saying this from the outset," he told BBC Radio Ulster.

"As far as we're concerned, I think they need to actually understand what the Belfast Agreement actually does say and go and read it.

"If they do that, they will recognise that the Northern Ireland Protocol is actually damaging to the Belfast Agreement.

"It is creating a border where there shouldn't be one and therefore the protocol has to go in order to meet the requirements of the Belfast Agreement."

Joe Biden is "wrong" to have concerns about the wrangling over Northern Ireland's Brexit trade deal, a UK Cabinet minister said.

Environment Secretary George Eustice suggested the US President "fully appreciates" the details of the row.

Mr Eustice told Sky News: "He is probably at the moment just reading the headlines, reading what the EU is saying, reading what Ireland might be saying, which is that they would like the Northern Ireland Protocol to work in the way the EU envisage.

"We think he is wrong because the truth is that unless we have a sustainable solution that enables trade to continue between GB and Northern Ireland then we are going to have issues, and that itself would become a challenge to the Belfast Agreement."

"When you explain some of those provisions in detail, it is understood by the US government that that clearly does not make any sense and therefore should be revisited."

Mr Eustice said it was "very complicated" and "I'm not sure he does fully appreciate all of that". 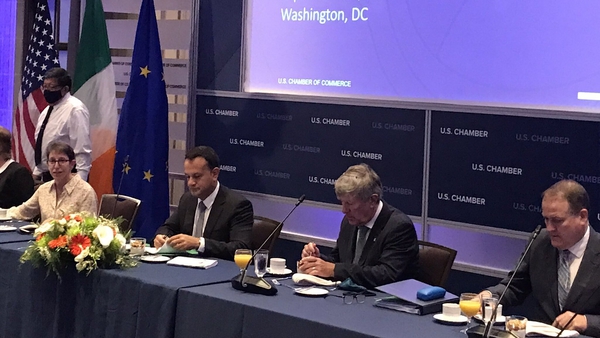 Tánaiste in US for engagements on trade and commerce