A woman charged with murdering her three young daughters, just weeks after the family arrived in New Zealand from South Africa, appeared in court today.

Lauren Anne Dickason appeared in court in the port city of Timaru this morning, and a judge remanded her to a hospital for a mental health evaluation, a court spokesperson said.

Ms Dickason, 40, is charged with killing her two-year-old twins and their six-year-old sister, police said.

Their bodies were found on Thursday at a property where the family was staying after leaving quarantine last week.

"Police would like to reassure the community that this was a tragic isolated incident and we are not seeking anyone else," the police said in a statement late last night.

Lauren Anne Dickason is to appear in court again on 5 October.

The family came to Timaru, a city of 29,000 on New Zealand's South Island, just recently, according to police. 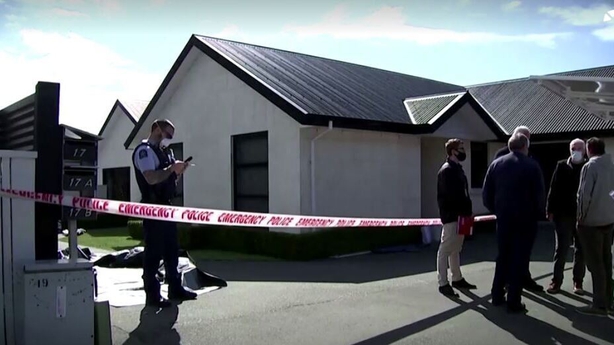 New Zealand media reported that Ms Dickason and her husband are doctors.