Home computing pioneer Clive Sinclair has died at the age of 81.

His daughter Belinda Sinclair told the Guardian that the pocket calculator trailblazer and the brains behind the Spectrum home computers died at his home in London this morning.

The multimillionaire entrepreneur's company launched the ZX models in a decade where personal computer use boomed.

Sinclair became the first company in the world to sell more than a million computers, making Sinclair a household word.

His daughter told the Guardian: "He was a rather amazing person. Of course, he was so clever and he was always interested in everything.

"My daughter and her husband are engineers so he'd be chatting engineering with them."

A man of diverse interests, Mr Sinclair's projects also saw him explore new technology in the worlds of television and cars.

One ill-fated initiative was the Sinclair C5 vehicle, an electric tricycle heralded as the future of eco-friendly transport but which turned out to be an expensive flop. 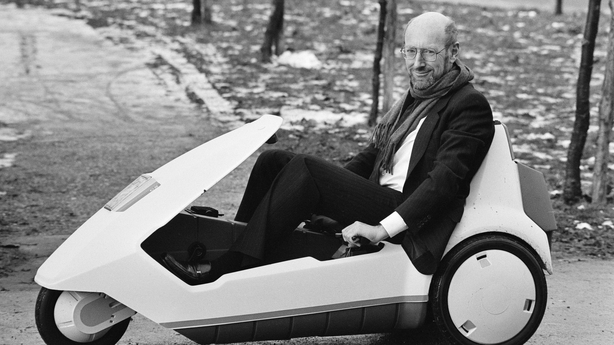 Born in 1940, he left school at the age of 17, becoming a technical journalist writing specialist manuals.

Later in life, he pioneered the pocket calculator and was dubbed an "electronics wizard".

Other ventures included expansions into digital watches and the development of the world's smallest television set.

It was with another company, Sinclair Research, that he found his home computing successes as he faced off against international competition.

The ZX 81 computer launched in 1981 sold half a million and was followed up by more powerful models.