One of California's most famous groves of giant sequoias is threatened by a small but intense wildfire burning in Sequoia National Park, officials said.

The roughly 7,000-acre KNP fire complex is burning just over a 1.5km away from the Giant Forest, said Rebecca Paterson, a public information officer for the National Park Service in Three Rivers.

The Giant Forest is home to the largest tree on earth by volume, dubbed General Sherman.

About 115 employees have been evacuated from the park, along with residents of the eastern part of the town, Ms Paterson said.

The park was closed yesterday as the fire began to threaten the Giant Forest. The fires making up the complex grew significantly yesterday with zero containment. 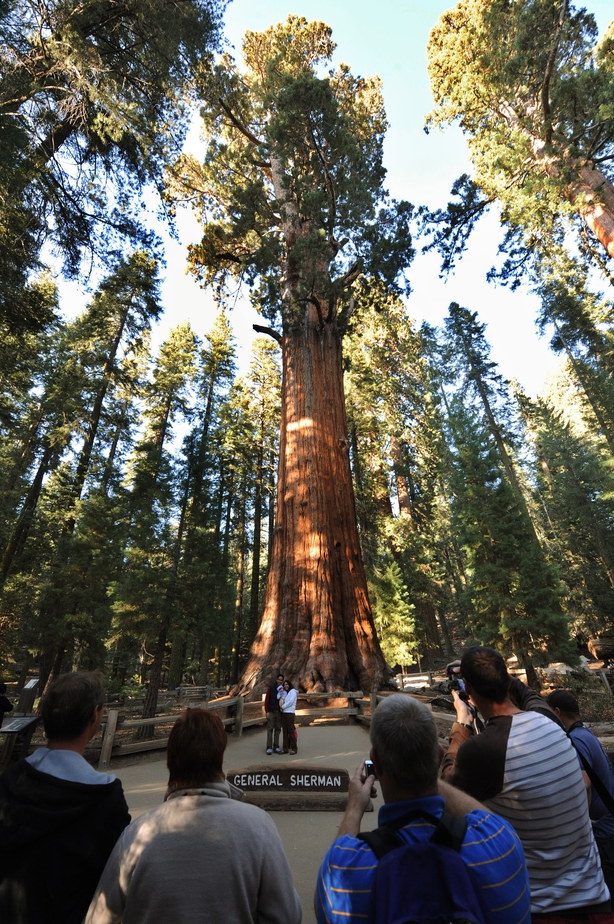 The complex, made of two blazes that are burning near each other, was started by lightning strikes on Friday 10 September. It is burning in steep canyons, fuelled by dry timber and chaparral.

Dry conditions and winds of up to 40km/h may help the fire expand in coming days, the Inciweb fire information system said.

Air quality in the area is poor, and parts of Three Rivers where people have not been ordered to leave have been warned to be ready to evacuate, Ms Paterson said.

The park service has been conducting prescribed burns in the area, which officials hope will lessen the impact on the giant sequoias if the complex does reach them, she said.

Sequoias depend on fire as part of their life cycle, but some massive, intense fires fueled by climate change may do more damage than in the past.

"Even if fire does reach the Giant Forest that does not mean it will be devastating once it gets there," Ms Paterson said.

Three Rivers is near the Ash Mountain Main Entrance to Sequoia-Kings Canyon National Park, about halfway between Los Angeles and San Francisco, according to the town's website.

It is home to about 2,400 people according to the US Census.