Fighter jets have practised landing on a highway in southern Taiwan as part of an annual live-fire military exercise that simulates defending the island against an invasion by China.

Democratic Taiwan lives under constant threat of invasion by Beijing, which claims the island as part of its territory and has vowed to one day seize it, by force if necessary.

Various Taiwanese fighter jets as well as an early warning aircraft practised taking off and landing on a provincial highway in Pingtung county. 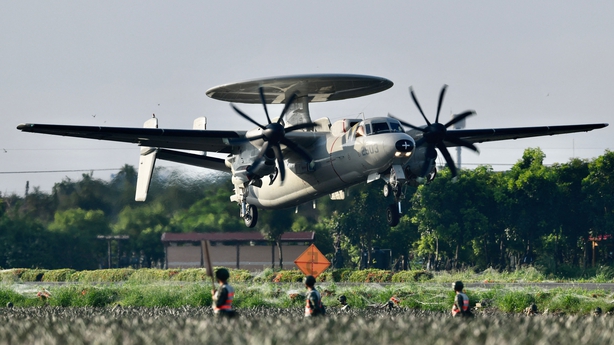 The drill, which was watched by President Tsai Ing-wen, is supposed to hone Taiwanese pilot skills if the island's airstrips are wiped out.

Part of its annual Han Kuang military exercises, today's drill took place on one of five highways that have been deliberately built with long sections that can accommodate planes landing.

You wouldn't see this on the M7 - various Taiwanese fighter jets as well as an early warning aircraft practised taking off and landing on a provincial highway in Pingtung county as part of a military exercise | Read more: https://t.co/dsDfLZ22SA pic.twitter.com/d4WXUUCMRh 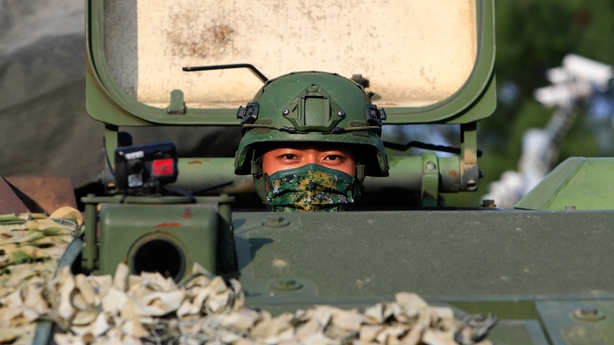 An invasion of Taiwan would be a hugely costly and difficult endeavour but China has increasingly closed the military gap in recent years and Mr Xi has made no secret of his desire to see the island taken.

Senior US generals have publicly warned that China could potentially carry off an invasion and the defence of Taiwan has become a rare bipartisan issue in Washington. 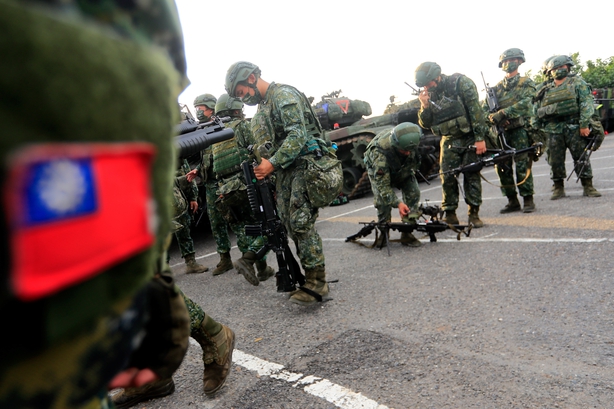 The number of incursions for the first eight months of this year has already exceeded 400.

The previous biggest incursion -- 25 jets -- was in April after US Secretary of State Antony Blinken warned China not to attempt to change the status quo of Taiwan.

Taiwan's ageing fighter fleet has suffered a string of fatal accidents in recent years as its air force is kept under constant pressure by China.