A huge wildfire in southern Spain has been brought under control after it raged for seven days, killing a firefighter and forcing 2,600 people from their homes, regional officials have said.

The blaze, which officials believe was started deliberately last Wednesday in the Sierra Bermeja mountains near Estepona, "is under control", Juanma Moreno, head of Spain's Andalusia region tweeted.

About 500 firefighters and 51 water-dropping planes who had been tackling the blaze were finally given some breathing room yesterday when a light rain started falling.

"The rain that has been falling for hours has been the best ally," said Mr Moreno who warned there was still "a complicated phase" ahead before the fire could be totally extinguished.

Erratic winds, scorching temperatures and low humidity levels helped turn the blaze into what the regional fire chief described as a "hungry monster" which ended up destroying more than 8,000 hectares (20,000 acres) of land. 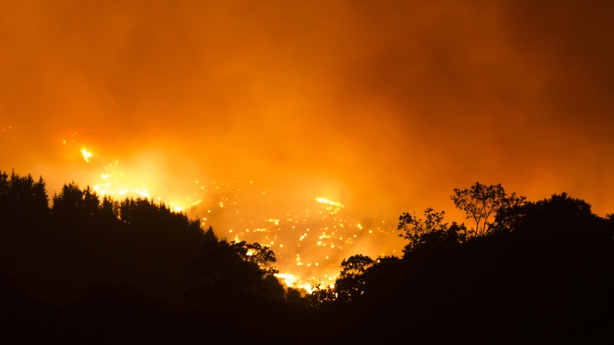 Since Sunday, 260 soldiers from the military's emergency unit also joined the battle against the inferno, which had claimed the life of a 44-year-old firefighter on Thursday.

Spain is the latest area around the Mediterranean basin to be hit by wildfires this summer, a seasonal phenomenon that climate scientists warn will become increasingly common because of man-made global warming.

Large fires have already ravaged parts of many Mediterranean countries including Greece, Italy, Turkey and Algeria.