The international community greeted the make-up of the new government in Afghanistan with caution and dismay today after the Taliban appointed hardline veteran figures to top positions.

Among them were several men with a US bounty on their heads.

As the newly appointed ministers and their deputies set to work, acting Premier Mohammad Hasan Akhund urged former officials who fled Afghanistan to return, saying their safety would be guaranteed.

"We have suffered heavy losses for this historic moment and the era of bloodshed in Afghanistan is over," he told AlJazeera.

Tens of thousands of people left after the Taliban seized power in mid-August following a lightning military campaign, many of them professionals fearing reprisals because of their association with the Western-backed government.

In Kabul, dozens of women took to the streets again today to demand representation in the new administration and for their rights to be protected.

Taliban leaders have vowed to respect people's rights, including those of women, in accordance with sharia, but those who have won greater freedoms over the past two decades are worried about losing them.

Alison Davidian, deputy head of UN Women in Afghanistan, said some women were being prevented from leaving home without a male relative or were forced to stop work.

The activity "has generated incredible fear. And this fear is palpable across the country," Ms Davidian said.

In an interview with Australia's SBS News, a senior Taliban official said women would not be allowed to play cricket - a popular sport in Afghanistan - or possibly any other sport because it was "not necessary" and their bodies might be exposed.

For many Afghans, more pressing than the composition of the Cabinet was the economic fallout of the chaos triggered by the Taliban's conquest.

Shukrullah Khan, manager of a restaurant at Qargha Lake, a popular local resort near Kabul, said business had slumped to next to nothing.

"The banks are closed, there's no jobs, people no longer spend money. Where does the money come from so that people can have fun here?" he said. 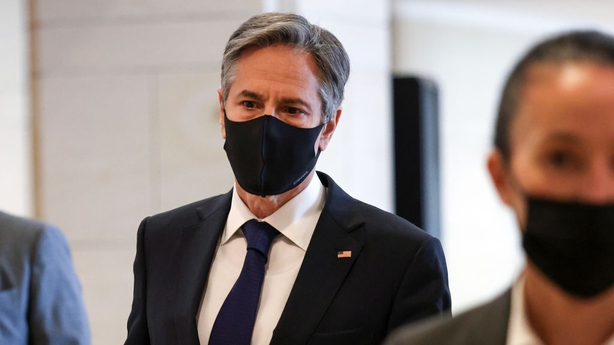 US Secretary of State Antony Blinken said Washington was assessing the Cabinet announcement.

"But despite professing that a new government would be inclusive, the announced list of names consists exclusively of individuals who are members of the Taliban or their close associates, and no women," he said.

He was speaking during a visit to a US air base in Germany that has been a transit point for evacuees from Afghanistan.

The European Union voiced its disapproval at the appointments, but said it was ready to continue humanitarian assistance.

Longer-term aid would depend on the Taliban upholding basic freedoms.

The new acting Cabinet includes former detainees of the US military prison at Guantanamo Bay, while the interior minister, Sirajuddin Haqqani, is wanted by the United States on terrorism charges and carries a reward of $10 million.

His uncle, with a bounty of $5 million, is the minister for refugees and repatriation. 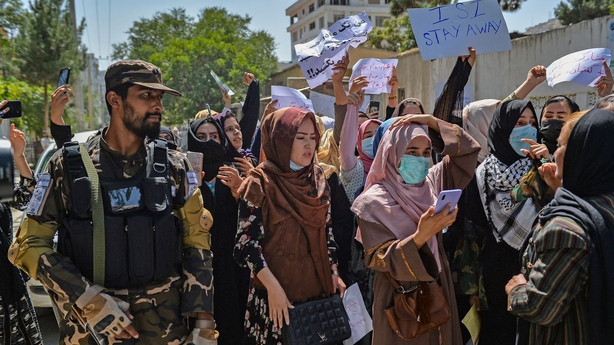 Mr Blinken said that the United States was committed to girls' education and to helping Afghan refugees.

"We're also committed to doing everything we can to help people who are still in Afghanistan and are looking for a different future.

"That will play out in many different ways in the weeks ahead, the months ahead and maybe even the years ahead," said Mr Blinken, the stepson of a Holocaust survivor who has long been an advocate for refugees.

Ousted Afghan President Ashraf Ghani, who fled Kabul as Taliban forces reached its outskirts, apologised today for the abrupt fall of his government, but again denied he had taken millions of dollars with him.