A junior minister in Italian Prime Minister Mario Draghi's government has resigned after a backlash over his proposal to name a public park after the brother of dictator Benito Mussolini.

Claudio Durigon, a member of the right-wing League, said earlier this month his party was committed to restoring the original name of the park in Latina, a city of around 120,000 residents in central Italy, to Arnaldo Mussolini.

The park had for decades been named after Arnaldo Mussolini, a journalist, agriculture expert and confidante of his brother, the fascist ruler of Italy between 1922 and 1943.

In 2017 it was renamed after two anti-mafia judges murdered by the mob, Paolo Borsellino and Giovanni Falcone, to complaints from the far-right.

Mr Durigon, who has been an MP since 2018, presented his proposal not as a way to honour the Mussolinis, but to mark the history of the area.

Latina was founded in 1932 during fascist rule and is associated with Benito Mussolini. 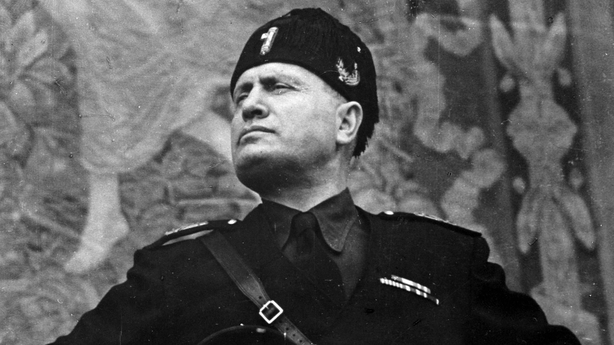 "That is our history that someone wanted to cancel by changing the name of that park. It must return to being the Mussolini park," Mr Durigon told supporters at a rally, speaking alongside League leader Matteo Salvini.

His comments sparked a political backlash, with centre-left parties within the broad unity government, which includes the League, saying they would introduce a parliamentary no-confidence motion in the undersecretary unless he quit.

With the controversy showing no sign of abating, Mr Durigon resigned last night, acknowledging he had made a mistake and apologising to the families of mafia victims.

"I am not, and never have been, a fascist," he said in a statement.

Mr Salvini had initially tried to defend Mr Durigon, but came under pressure from stalwarts within his own group who were unhappy to see one of their own politicians apparently praising Mussolini's heritage.

The League is vying with the far-right Brothers of Italy for top spot in the opinion polls.

Mr Salvini thanked Mr Durigon for stepping aside and made clear he would remain within the League.