The mother of the gunman who shot and killed five people in Plymouth in southwest England yesterday evening has been named among the dead by police.

Twenty-two-year-old Jake Davison shot and killed five people before turning the weapon on himself during a mass shooting incident that lasted less than ten minutes.

Police this evening formally identified those who died, including 51-year-old Maxine Davison, also known as Maxine Chapman – the gunman's mother.

Also identified were three-year-old Sophie Martyn, her 43-year-old father Lee Martyn, 59-year-old Stephen Washington, and 66-year-old Kate Shepard, who was injured at the scene and later died in hospital.

Police have said all of those who died lived locally in the Keyham area.

Police have said the firearm believed to have been used during the incident was legally held by the offender.

"Police continue to investigate 13 scenes within the cordon in Keyham, which is expected to remain in place throughout much of the weekend," they said in a statement.

In a press conference in Plymouth, Chief Constable Shaun Sawyer of Devon and Cornwall Police said the force received "multiple" calls about the incident at 6.11pm.

Armed and unarmed officers arrived at the scene within six minutes and discovered Davison's body a short time later, with this logged by police at 6.23pm. 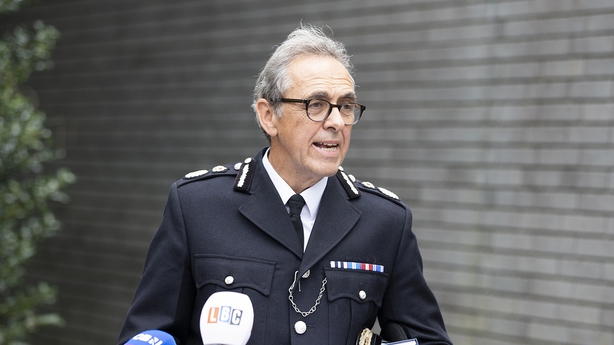 No motive has yet been identified for the attacks.

Mr Sawyer described the shootings as "truly shocking" and said they had been witnessed by members of the public, who he urged to seek support.

"We believe we have an incident that is domestically related, that has spilled into the street and seen several people in Plymouth losing their lives in extraordinarily tragic circumstances," he said.

A weapon - described by witnesses as a pump-action shotgun - was recovered from the scene.

"Multiple shots have been fired from a firearm during that six-minute or so period," Mr Sawyer told reporters.

"There are some 13 scenes and potentially more scenes.

Meanwhile, the UK police watchdog is to investigate Devon and Cornwall Police's decision-making in relation to Jake Davison's possession of a shotgun and a certificate for the weapon.

The Independent Office for Police Conduct (IOPC) has said it is looking into how Davison acquired a shotgun and a shotgun licence.

It said on Friday evening the investigation follows a mandatory referral from Devon and Cornwall Police which contains preliminary information that his firearm and licence were returned to him in early July this year.

The certificate and shotgun had been removed from him by police in December 2020 following an allegation of assault in September 2020, the watchdog said.

IOPC regional director David Ford said: "We will examine what police actions were taken and when, the rationale behind police decision-making, and whether relevant law, policy and procedures were followed concerning Mr Davison's possession of a shotgun.

Mr Ford said that no investigation will take place into the force's response to the shootings.

The killer appeared to post on a YouTube account under the name Professor Waffle just weeks before the massacre about how he was "beaten down" and "defeated by life".

His channel was subscribed to gun-related accounts and another named Incel TV, which features content related to "involuntary celibacy", although in one of his videos Davison said he "wouldn't clarify myself as an incel".

The online subculture involves men who express hostility and extreme resentment towards those who are sexually active, particularly women.

In another clip, he discusses missing out on a teenage romance and refers to "Chads", an incel community term for good-looking men who attract women.

And in another video, Davison says: "I know it's a movie, but I like to think sometimes I'm the Terminator or something.

"Despite reaching almost total system failure he keeps trying to accomplish his mission."

Mr Sawyer said he could not say "at this time" whether Davison had mental health issues, but added: "This is an extraordinarily unusual response by a fellow human being."

"We are not considering terrorism or a relationship with any far-right group," he confirmed.

Officers are working with the Metropolitan Police to investigate what happened.

Mr Sawyer told reporters that witnesses were "shocked at what was unfolding before them" and there was no evidence to suggest Davison was saying anything as he carried out the atrocity.

The chief constable urged people not to contact police unless it was "truly an emergency" as the force was "very, very busy".

Forensic officers in protective clothing could be seen conducting fingertip searches at the scene, while a coroner's ambulance was filmed leaving the area.

A large yellow tent was set up in the area, with several uniformed officers posted around the cordon.

Mr Sawyer confirmed that it took "several hours" before police were able to tell residents that the incident had concluded last night.

"We were searching to see whether this was a lone individual, whether there were other individuals," he told reporters.

"This was a very fast, developing scene."

He told how members of the public were evacuated "primarily to ensure that there were not other persons who had been shot, injured or killed in the neighbouring premises".

The incident is the first mass shooting in Britain since June 2010, when taxi driver Derrick Bird killed 12 people and injured 11 others in Cumbria.