Ulster Unionist leader Doug Beattie, who served in Afghanistan, has said a series of strategically poor decisions has led to what is happening in Afghanistan.

He said the withdrawal of western forces from the country happened too quickly and without a political agreement.

Mr Beattie served three tours in Afghanistan with the British army in 2006, 2008 and 2010-11 and was awarded the Military Cross for his part in the retaking of Garmsir in Helmand Province.

Speaking on RTÉ's Morning Ireland, he said he was not surprised by what is happening and the manner in which the withdrawal happened will mean Afghanistan will fall to the Taliban.

He said people need to understand if that happens it "means al-Qaeda, it means Islamic State, it means drug war lords and many others and we will have terrorism once again in that state, which will spread across the world and we will end back there at some stage."

Mr Beattie has also served in Kosovo and in Bosnia and said that both of those had "over the horizon forces" which could be deployed at short notice if things went wrong.

"I watched women go out to work in the district centres for the very first time while we were there and that will be all undone.

"We haven't done any of this for Afghanistan and that's a real failing. It's a strategic failing and I think we will come to regret it."

Ulster Unionist leader Doug Beattie, who served in Afghanistan, has said a series of strategically poor decisions has led to what is happening in Afghanistan. "10 years later when I see the morale crumble...I say to myself, was it worth it at all? | More: https://t.co/U7ncQCHZCu pic.twitter.com/rQHgHf9MuL

Mr Beattie said that every conflict always ends with political agreement and there needs to be more focus on the political side of the conflict in Afghanistan, which should have happened while western forces were there.

He said withdrawing under a political agreement would have meant having forces on standby to go back in as and when they were required.

Afghan leader flies to northern city as Taliban advance
What could the return of the Taliban to power mean for Afghanistan?

In relation to comments made by US President Joe Biden about Afghan people not wanting to fight, Mr Beattie said that due to the tribal make-up of Afghanistan, they do not come together easily to fight and therefore it is not about them not wanting to fight.

He said western forces brought a support that helped them blend together better.

He described the fighting there as brutal. "It was hand to hand," he said.

"It's nothing that I had ever experienced in my life before. I watched my friends die or be injured. I saw the enemy die in front of me, I saw the population of Afghanistan really suffer under the conflict and my heart goes to the people of Afghanistan." 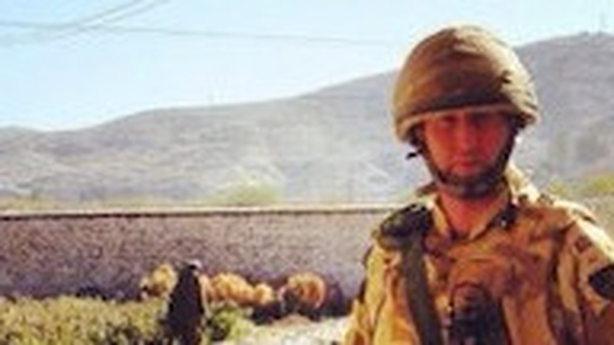 "But for every one hour that we fought there was three hours spent in reconstruction and development so I also stood when we first opened a school and I watched young girls go to school for that very first time.

"I watched women go out to work in the district centres for the very first time while we were there and that will be all undone."

"People need to understand that the Taliban will reap such a revenge on all of those people who stood with the west in Afghanistan and we will have to take responsibility for some of that."