Russian President Vladimir Putin ordered officials to send in reinforcements to fight forest fires that continue to tear through Siberia.

Wildfires have ripped through Siberia's forests with growing intensity in recent years, which Russian weather officials and environmentalists have linked to climate change and underfunded forestry management services.

Mr Putin ordered Russia's emergencies ministry to "increase the group for extinguishing fires" and "raise the intensity of the work of aviation" in one of Siberia's hardest-hit regions of Yakutia.

The emergencies ministry branch in Yakutia said that more than 4,200 people were currently fighting the fires.

More than 9,500 tonnes of water had been dropped from the air onto the blazes, it added.

But Russia's weather monitoring institute Rosgidromet said the situation in Yakutia -- Russia's coldest and largest region -- remains one of the "most difficult" in the country.

In the vast and sparsely populated region nearly five times the size of France, blazes have burned through almost 8.7 million hectares (21.4 million acres), according to Russia's forestry agency. 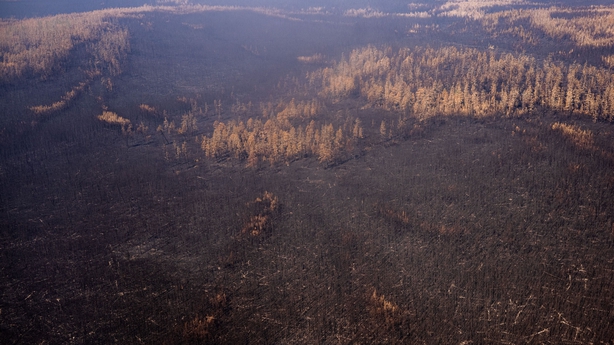 The total burned area is quickly approaching the annual average since 2000 of 8.9 million hectares for the entire country.

During a visit to Yakutia last month, local firefighters told AFP that they lacked the people, equipment and resources to deal with the scale of the wildfires.

Critics point to a 2015 law that allows regions to ignore blazes if the cost of fighting fires outweighs the expected damages, saying it provides cover for authorities to avoid fighting wildfires.

The UN yesterday published a report showing that global warming is unfolding more rapidly than feared and that humanity is almost entirely to blame.

US space agency NASA over the weekend said its satellite images showed wildfire smoke from Yakutia travelling to the North Pole, calling it a first in history.

Elsewhere, at least five people have died in raging wildfires in Algeria as firefighters battle more than 31 blazes amid blistering temperatures and tinder-dry conditions.

Photographs posted on social media show huge walls of flame and billowing clouds of smoke towering over villages in the forested hills of the Kabylie region, east of the capital Algiers. 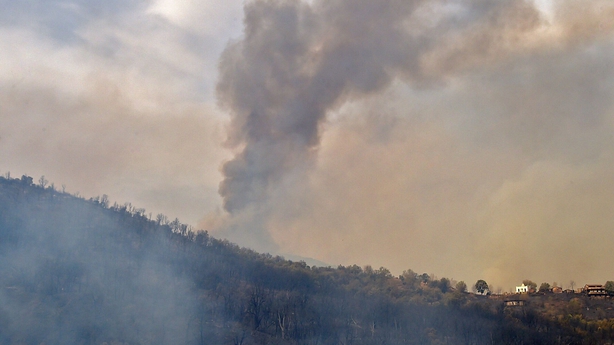 Algeria is the latest Mediterranean country to be hit by wildfires, after blazes hit Greece, Turkey and Cyprus.

Meteorologists said the temperature would hit 46C today, and the country is also struggling with severe water shortages.

Fires were reported in multiple locations in 14 districts, ten of them around Tizi Ouzou, one of the most populous cities in Kabylie.