The death toll from flooding and landslides triggered by heavy monsoon rains in India has climbed to 159, officials have said, with rescuers searching for dozens more missing.

The country's western coast has been inundated by torrential rains since Thursday, with the India Meteorological Department warning of further downpours over the next few days.

Experts say climate change has caused the annual deluge to increase in frequency and intensity.

In Maharashtra state, 149 people have been killed, including more than 40 in a large landslide that hit the hillside village of Taliye some 250km southeast of Mumbai on Thursday.

Dozens of homes were flattened in a matter of minutes, leaving just two concrete structures standing, and cutting off power, residents told AFP. 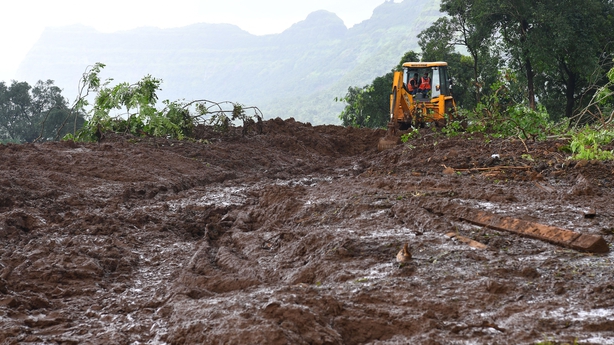 In landslide and flood-affected Satara district, 28 more bodies were found to take toll to 41.

In parts of Chiplun, water levels rose to nearly six metres after 24 hours of uninterrupted rain. The water levels have since started to recede.

"Rain, floods, water are not new to the people here but what happened this time was unimaginable and they could not even save their belongings due to the rapid rise of water," Maharashtra Chief Minister Uddhav Thackeray told reporters after visiting Chiplun.

Eight patients at a local Covid-19 hospital also reportedly died after power supply to ventilators was cut off.

"The water level reached the ceiling of my shop, there was so much water inside," a shopkeeper told Indian news broadcaster NDTV, pointing to sludge and debris around him.

"All the shops in this area have been completely damaged. The flood has left so much soil behind, we can't even resume work."

Some 230,000 people were evacuated across the state amid the torrid conditions. Rescuers were working in waist-deep mud to search for 100 people still missing with the help of excavators. 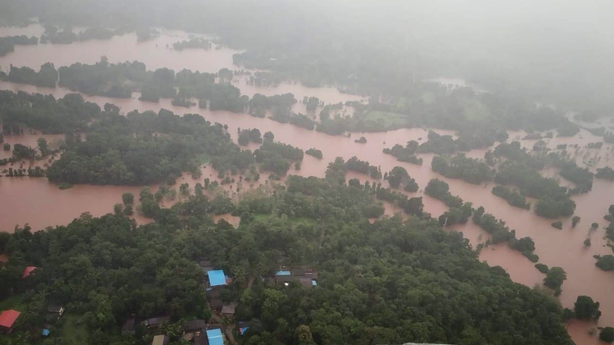 In neighbouring Goa, a woman was feared to have drowned from the flooding, officials said, in what Chief Minister Pramod Sawant said were the worst floods since 1982.

North Goa official Ajit Roy said floodwaters have since receded with people who were evacuated returning to their homes.

In the coastal plains spanning Maharashtra and Goa, floodwater levels remained elevated after rivers burst their banks and forced terrified residents to seek safety on rooftops and upper floors.

Power supply was disrupted in the 11 affected districts and there were crop losses across vast swathes of land.

The higher water temperatures were causing the air above to become warmer and hold more moisture, sparking more extreme rainfall events, he said. 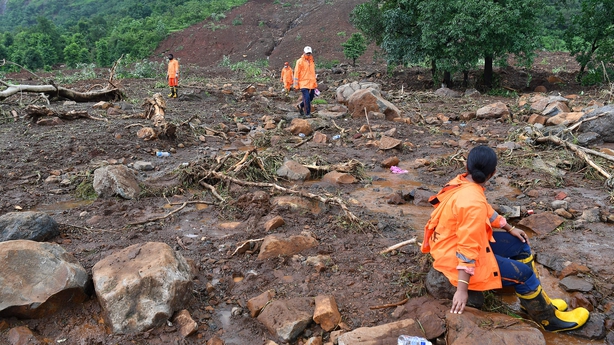 "We are seeing a three-fold rise in widespread extreme rainfall events... since 1950," Mr Koll told AFP, citing a study he co-authored that was published in Nature.

He added that a hill station south of Mumbai, Mahabaleshwar, reported 594 millimetres of rain on Friday - the highest since the start of records a century ago.

"In recent years, the impact of climate change (on monsoons in India) is much more obvious. In fact, what has happened in Europe, China and the rest of the world is similar to what's happening in India."

In a separate incident in northern India, nine people were killed and three seriously injured after their vehicle was hit by falling rocks in the mountainous Kinnaur district in Himachal Pradesh.

The rockslide - captured in dramatic video footage shared on social media - was not caused by monsoon rains but by loose soil due to a lack of vegetation, officials said.