The European Union today warned Bosnian Serb leaders against denying the massacre at Srebrenica as a genocide, after they opposed a ban on genocide denial instituted by UN's representative in Bosnia.

"Revisionism and the denial of genocides are in contradiction with the most fundamental European values," said Nabila Massrali, spokeswoman for EU foreign policy chief Josep Borrell.

"The EU urges all political leaders to refrain from resorting to inflammatory and divisive rhetoric and taking measures which could undermine the country's European perspective."

The UN High Representative in Bosnia today used his discretionary powers to ban genocide denial in the country, in a move widely thought aimed at the Srebrenica massacre and immediately contested by the Serbian member of the presidency.

The 1995 Srebenica massacre was deemed genocide by various verdicts of both International Criminal Tribunal for Former Yugoslavia (ICTY) and International Court of Justice (ICJ).

Serb leaders in Bosnia and Serbia, however, usually deny the massacre amounted to a genocide, instead calling it a "great crime".

The UN High Representative in Bosnia is tasked with ensuring compliance with the Dayton peace agreement, which ended the bloody inter-communal conflict in the 1990s, but the position also holds various executive powers.

Austrian diplomat Valentin Inzko added several amendments to the Bosnian Criminal Code, including providing penalties of between six months and five years in prison for those who "publicly approve, deny, grossly minimise or attempt to justify the crime of genocide, crime against humanity and war crime," according to a document published on the website of the Office of the High Representative.

The Serb member of Bosnia's tri-member presidency Milorad Dodik immediately slammed Inzko's move, saying the High Representative had "no right to do this".

In July 1995, a few months before the end of the war which left some 100,000 dead, Serb forces rounded up and killed more than 8,000 Muslim men and boys after they captured the town of Srebrenica. 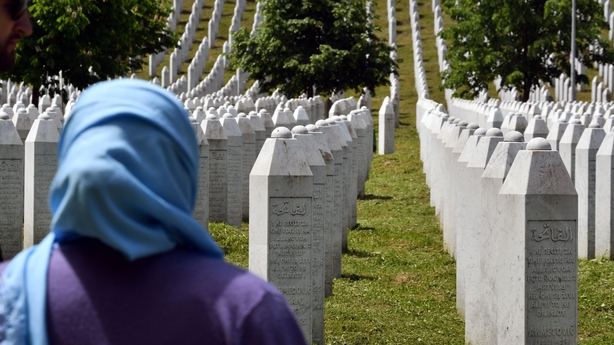