Residents in South Africa cleaned up shopping centres and stores looted during a week of shocking violence that rocked the country and left more than 200 dead.

Aid organisations were also handing out food in communities that were cut off from main roads or where food shops were ransacked in the unrest.

The violence - the worst in post-apartheid South Africa - erupted after former president Jacob Zuma was sentenced to 15 months in jail for snubbing a corruption inquiry.

His successor President Cyril Ramaphosa, who came to office promising to curb graft, said the riots were a "coordinated and well-planned attack" on the country's young democracy. 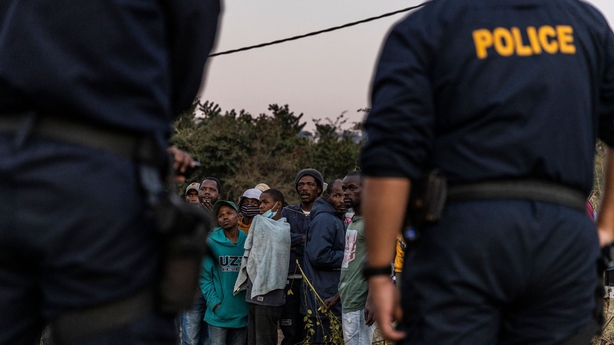 "Using the pretext of a political grievance, those behind these acts have sought to provoke a popular insurrection," Mr Ramaphosa said in a televised address last night.

The rioting caused widespread destruction, leaving thousands of businesses damaged, including many retail shops that were specifically targeted.

As an uneasy calm set in today, residents in Durban in the hard-hit KwaZulu-Natal province swept up debris at the Dube shopping centre, shovelling it into refuse bags. 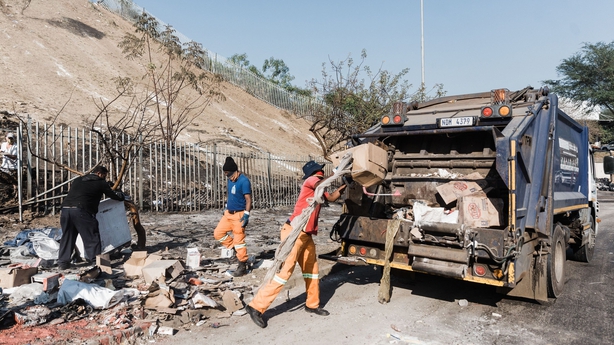 Behind them walls topped with spikes and razor wire had been spray painted with the words "Free Zuma".

Many in the province are now going hungry after food stores were looted and burned, or cut off from suppliers as main roads closed.

Humanitarian aid agencies, charities and churches have started moving food to people in need, including hospital patients and families.

"We are loading bread for staff for five hospitals," Imtiaz Sooliman, leader of Gift of the Givers, told AFP.

Mr Sooliman said that his food convoys were being escorted by police.

"Yesterday we sent food for patients in private hospitals - they had no food to feed patients. They have all the money but they can't buy anything, they called us saying patients haven't eaten," he said.

The organisation was also delivering food parcels door-to-door after a government minister told him yesterday that 59 Durban areas had no access to food, he added.

Traffic was back to normal along a main highway linking the north to the port city of Durban after it had been closed for much of the week.

Mr Ramaphosa said the instigators had "sought to exploit the social and economic conditions under which many South Africans live - conditions that have worsened since the onset of the coronavirus pandemic".

He said that business owners told him it would take them "a few months" to restore normal operations following the destruction, interrupting supply chains and raising the spectre of shortages.

Of the 212 people killed, 180 died in KwaZulu-Natal, according to government figures. Some of the fatalities were shot and others died in looting stampedes.

Zuma, whose home province is KwaZulu-Natal, commands support among loyalists in the ruling African National Congress (ANC), which portrays him as a champion of the poor.

More than 2,500 people have been arrested for various offences linked to the violence, including theft.
The government said all but one of the suspected masterminds are still at large.

Mr Ramaphosa admitted that his government was "poorly prepared for an orchestrated campaign of public violence, destruction and sabotage of this nature".

He has called up army reserves and ordered the deployment of 25,000 troops - 10 times the number that he initially deployed.

Opposition politicians have condemned the government's handling of the crisis, calling on Mr Ramaphosa to ensure the suspected masterminds are arrested and charged.