Police have arrested 800 people in a huge global sting involving encrypted phones used by criminals that were secretly planted by law enforcement agencies, Europol has said.

"This information led over the last week to hundreds of law enforcement operations on a global scale from New Zealand to Australia to Europe and the USA, with impressive results," Jean-Philippe Lecouffe, Deputy Director Operations at Europol, told a press conference.

"More than 800 arrests, more than 700 locations searched, more than 8 tonnes of cocaine."

In Australia alone, 224 people have been charged as part of the operation, which Prime Minister Scott Morrison said had "struck a heavy blow against organised crime - not just in this country, but one that will echo around organised crime around the world". 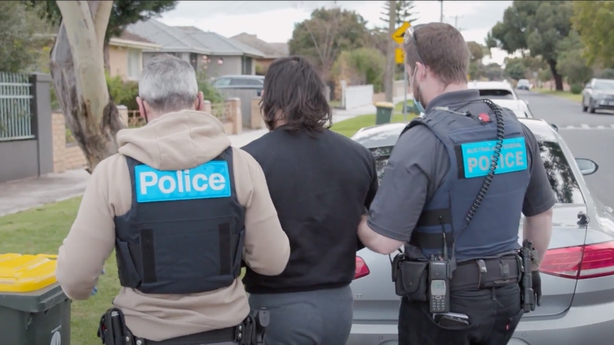 As well as gaining the ability to decrypt messages in real time, the FBI and others are said to have launched an elaborate plot to encourage suspected criminals to use AN0M cryptophones.

The devices had no email, call or GPS services and could only message other AN0M phones, could only be bought on the black market and required a code from an existing user to access.

Australian media reported that agencies helped distribute the phones to known suspects - including an Australian fugitive drug boss on the run in Turkey - in a bid to gain trust.

"Criminals needed to know a criminal to get a device," the Australian Federal Police said in a statement.

"The devices organically circulated and grew in popularity among criminals, who were confident of the legitimacy of the app because high-profile organised crime figures vouched for its integrity."

The Executive Director of the Maritime Analysis and Operations Centre (MAOC) has said Irish criminals were likely among the organised crime groups targeted by an international sting operation that has led to more than 800 arrests in 17 countries.

Michael O'Sullivan said that "given the fact that some of the larger transnational organised crime groups are run by Irish criminials and Irish criminals have a large part of the cocaine market, they're certainly going to be affected by it".

According to the MAOC head, criminals now "make up multinational organised crime groups ... they work together to import drugs and commit crime. They pool resources and finances with the shipment of drugs."

MAOC - which is based in Lisbon, Portugal - was set up by seven EU member countries, including Ireland, to suppress illicit drug trafficking by sea and air.

Mr O'Sullivan added that the international operation co-ordinated by Europol is a "massive surprise blow to people who believed they were communicating in secret" and he said it will have a devastating effect on organised crime.

The operation was borne from the FBI's infiltration of similar systems called "Phantom Secure" and "Sky Global", which allowed them to access the communications of tens of thousands of users including top-level crime suspects.

At the same time, rumours about the vulnerability of a rival service called "Ciphr" circulated.

It is not clear whether AN0M was entirely the creation of law enforcement or came under their control. 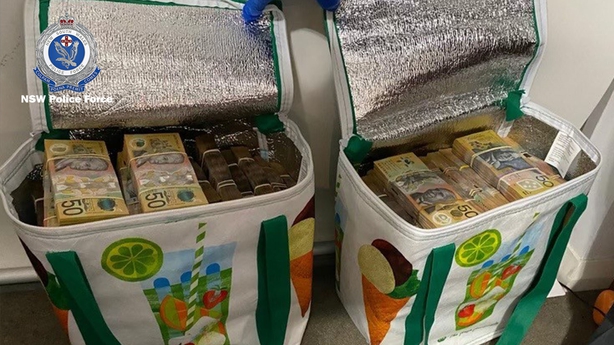 The Australian Federal Police said that as a result of the operation, a total of 224 people were now facing more than 500 charges in Australia alone, while six underground drug labs were shut down and firearms and Aus$45m in cash was seized.

"We allege they've been trafficking illicit drugs into Australia at an industrial scale."

New Zealand Police said it was the "world's most sophisticated law enforcement action against organised crime to date".

Detective superintendent Greg Williams said 35 people had been arrested across the country on 900 "serious drug dealing, money laundering and other conspiracy-type charges" and were due to appear in court today.

Police in New Zealand seized methamphetamine, firearms, and millions of dollars in cash and assets during the operation.

"Warrants are coming in and we expect a number of other arrests to be undertaken," Williams told reporters in Auckland.

More arrests were also expected to be announced around the world, Australian police said.