The Interior Department said it was notifying firms of the freeze, pending a comprehensive environmental review.

The review will determine whether leases in the area known as ANWR should be "reaffirmed, voided or subject to additional mitigation measures", the agency said in a statement.

The announcement deals a blow to the long-contested quest of oil companies to drill in the sensitive territory.

The push for development picked up momentum after Mr Trump announced the leasing plan last November shortly after losing reelection to Mr Biden.

At a lease sale in January over some 1.6 million acres, US officials auctioned off 11 oil tracts.

Major oil companies sat out the bidding, and nine of the leases went to the Alaska Industrial Development and Export Authority, a state agency, while two went to small companies.

Mr Biden had promised to protect ANWR during the presidential campaign.

White House climate adviser Gina McCarthy noted Mr Biden's promise and said the move reflected his belief that "national treasures are cultural and economic cornerstones of our country," according to a White House statement.

Mr Biden "is grateful for the prompt action by the Department of the Interior to suspend all leasing pending a review of decisions made in the last administration's final days that could have changed the character of this special place forever," Ms McCarthy added.

Environmentalists have long argued that safeguarding ANWR is critical to protect polar bears and other vulnerable wildlife and for indigenous populations that hunt caribou in the region. 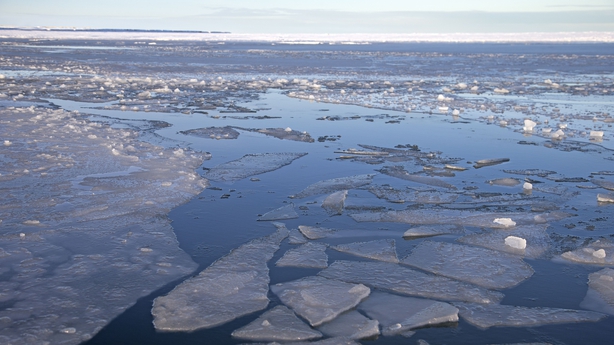 But the oil industry has long sought to drill in the area, which is thought to potentially hold billions of barrels in oil.

"Suspending these leases is a step in the right direction," said Kristen Miller, acting executive director for the Alaska Wilderness League.

"There is still more to be done. Until the leases are cancelled, they will remain a threat to one of the wildest places left in America," Ms Miller said.

"Now we look to the administration and Congress to prioritise legislatively repealing the oil leasing mandate and restore protections to the Arctic Refuge coastal plain."

But the American Petroleum Institute said the oil industry knows how to develop responsibly and that the decision will cost Alaska jobs and tax revenue.

"At a time of economic recovery, this action only serves to withhold the good-paying jobs and economic revenue that safe and responsible oil and gas development would provide to local Alaskan communities."

The Biden administration's move on ANWR comes only days after it sanctioned another Trump administration plan on oil development in Alaska, involving a ConocoPhillips project in Alaska's North Slope in the former Naval Petroleum Reserve.