Torrential rain has hit Australia's southeast region again, worsening once-in-a-century flooding that has forced 18,000 people to evacuate their homes and forced hundreds of schools to shut.

The days-long deluge has inundated coastal areas of New South Wales, the country's most populous state, including parts of Sydney.

Today, eight million residents were told to avoid unnecessary travel and to work from home if possible, as some hard-hit areas received 25cm of rain in 24 hours.

Just over a year ago, the region was in the midst of a prolonged drought, water restrictions and unprecedented bushfires.

"I don't know any time in a state history where we have had these extreme weather conditions in such quick succession in the middle of a pandemic," said New South Wales Premier Gladys Berejiklian.

Scientists have warned Australia can expect more frequent and more extreme weather events as a result of climate change.

About 18,000 people have been ordered to evacuate and 38 regions have been declared disaster zones, Ms Berejiklian added. 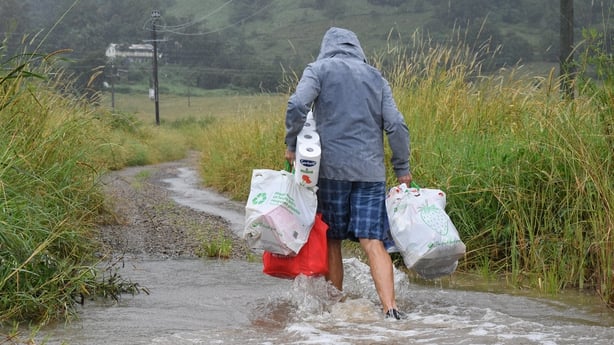 Prime Minister Scott Morrison, whose conservative government has been accused of dragging its feet on climate action, said Australia was "being tested once again" by a "terrible event".

He told parliament that Australia's defence force was expected to be called in to assist with the clean-up and recovery.

Emergency services have received at least 8,800 calls for help and rescued hundreds of people from floodwaters since the crisis began.

The state's mid north coast has been particularly badly affected, with Ms Berejiklian declaring the region had been struck by a "one in 100 year" disaster.

In Sydney's vast Hawkesbury-Nepean Valley, swollen rivers were expected to peak at levels not seen since 1961, after the Warragamba Dam, the city's main drinking water source, spilled over on Saturday.

The dam was drained of 500 gigalitres of water, roughly equivalent to 200,000 Olympic-size swimming pools, or the total volume of water in Sydney Harbour.

Residents in some affected areas were allowed to return to their homes today after waters receded, but others were placed on high alert as floods moved toward their regions. 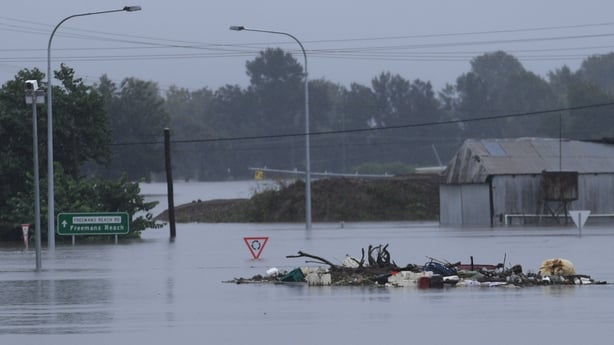 Authorities have warned of a potentially "life-threatening" situation though so far there have been no reports of deaths or serious injuries.

"When you have been through three or four incidents that are life-changing on top of each other, it can make you feel like you are at breaking point," Ms Berejiklian said.

Education authorities said more than 200 schools were closed, including some that were damaged in the floods. 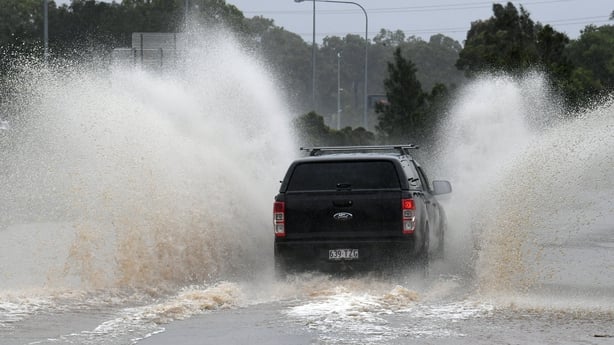 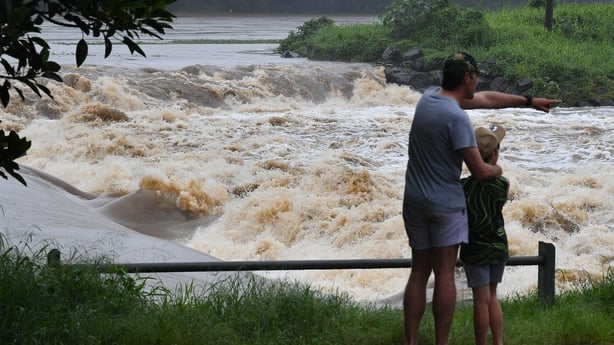 There were reports homes and businesses were also affected but Andrew Hall, CEO of the Insurance Council of Australia, said it was too early to understand the extent of destruction and to "estimate the insurance damage bill".

Insurers had received more than 5,000 claims in the past few days, he added.

Residents of official disaster zones are eligible for emergency government support payments of AUS$1,000 (€640) per adult and AUS$400 per child.

The Bureau of Meteorology has forecast "treacherous" conditions today before the wild weather eases later in the week.

Flood operations manager Justin Robinson warned the rain was expected to cause flooding in previously unaffected areas as well as "renewed flooding in many of those communities that have already been impacted".

"It is quite a dangerous situation that New South Wales is currently facing," he said.

Rainfall records were expected to keep tumbling in the coming days as the deluge spreads into the state's northwest, and further north into Queensland state where weather warnings were also issued.

Flash flooding occurred at the Gold Coast, almost ten hours' drive from Sydney, as the tourist hotspot was drenched.

Health officials have said the rain and floods will delay the already halting roll out of coronavirus vaccines in Sydney and surrounding areas.