Residents of a protest flashpoint district in Myanmar's biggest city fled on flatbed trucks and tuk-tuks after security forces escalated the use of lethal force against anti-coup protesters, despite international appeals for restraint.

Much of the country has been in uproar since the military ousted civilian leader Aung San Suu Kyi last month, with hundreds of thousands taking to the streets to demand a return to democracy.

Police and soldiers have used tear gas, rubber bullets and live rounds to subdue crowds in near-daily crackdowns, along with blanket nightly internet shutdowns to stop protesters from mobilising.

Yesterday saw fresh violence by security forces in several cities, leaving at least 20 dead, according to the Assistance Association for Political Prisoners (AAPP), a local monitoring group that has been tracking arrests and fatalities.

It followed the deadliest day so far in the six weeks since the army deposed Ms Suu Kyi's government, with the AAPP reporting 74 killed on Sunday after the violent suppression of anti-coup unrest across Myanmar.

Many of those deaths came from the impoverished Hlaing Tharyar township in Yangon, a garment-producing area in the commercial hub with mostly Chinese-owned factories - several of which were razed on Sunday.

The junta reacted by imposing martial law over the area and five other townships that are home to around two million people - more than a quarter of the sprawling city's population.

Anyone arrested there faces trial by military tribunal, with sentences ranging from three years' hard labour to execution. 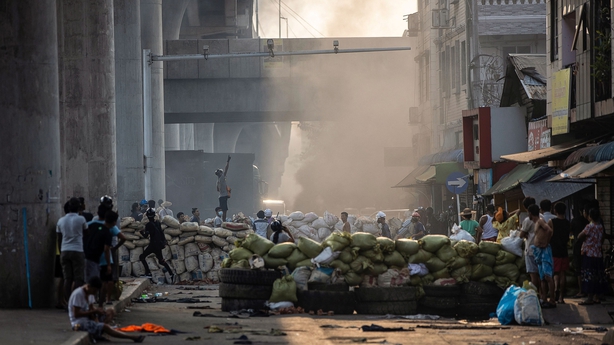 "The use of martial law is extremely troubling and... represents a significant decline in the situation in Myanmar," the University of New South Wales academic said.

Some carried their pets on the back of motorbikes, while others crammed their belongings in vinyl bags on tuk-tuks.

More than 180 people have been killed since the coup, according to the AAPP.

"Casualties are drastically increasing," it said in a statement, adding that even civilians who were not participating in anti-coup protests had died in crossfire. 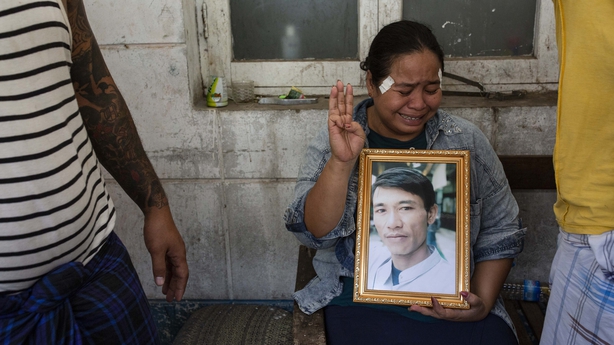 State television meanwhile reported that a police officer had been shot dead on Sunday in the city of Bago during a protest.

Candlelight vigils were held across the country last night to mourn the dead, with protesters flashing the three-finger salute as a sign of solidarity with the anti-coup movement.

"Alive or dead, we have each other," tweeted prominent activist Thinzar Shunlei Yi, who is now in hiding.

The US once again condemned the violence and called on all countries to "take concrete actions" to oppose the military regime.

"The junta has responded to call for the restoration of democracy in Burma with bullets," State Department spokesperson Jalina Porter said, using another name for Myanmar.

China said it was "very concerned" for the safety of its citizens in Myanmar after Sunday's violence - which state media said saw more than 30 factories attacked and caused $37 million in damage.

"The actions of these outlaws are not in the interests of Myanmar and its people," he told reporters in Beijing.

"China will continue to urge Myanmar to take concrete steps to stop all acts of violence and bring the perpetrators to justice," he said.