Spanish police have seized a homemade drug smuggling submarine able to carry up to two tonnes of cargo.

The nine-metre-long craft was discovered last month while it was being built in Malaga, on the Costa del Sol.

The seizure was part a broader international drug operation involving five other countries, Colombia, Netherlands, Portugal, UK and US, as well as the EU crime agency Europol.

The three-metre-wide semi-submersible craft is made of fiberglass and plywood panels attached to a structural frame, with three portholes on one side.

Police said it has two 200-horsepower engines operated from the inside. 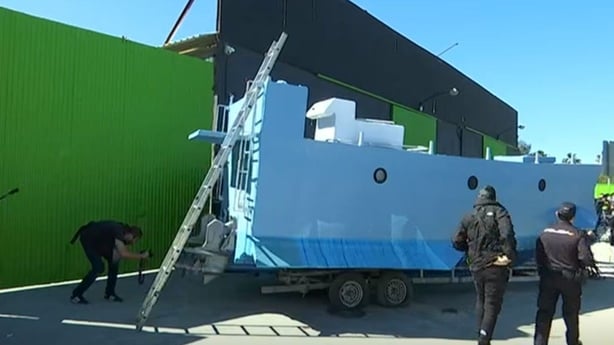 A total of 52 people have been arrested and 47 police raids have been carried out in the ten Spanish cities.