The Chinese government's treatment of Uighurs has violated "each and every act" prohibited by the United Nations' Genocide Convention, a report by dozens of international experts has alleged.

The report from Washington-based think tank Newlines Institute for Strategy and Policy offers an independent analysis of what legal responsibility Beijing could bear over its actions in the northwestern Xinjiang region.

Rights activists have said Xinjiang is home to a vast network of extrajudicial internment camps that have imprisoned at least one million people.

China has defended as vocational training centres to counter extremism.

"Uighurs are suffering serious bodily and mental harm from systematic torture and cruel treatment, including rape, sexual abuse, exploitation, and public humiliation, at the hands of camp officials," the report said.

The outgoing administration of US president Donald Trump declared in January that China is carrying out genocide against the Uighurs and other mostly Muslim people.

For their part, Canadian MPs voted in February to label Beijing's treatment of Uighurs in Xinjiang as genocide, and ministers called on Prime Minister Justin Trudeau to officially label it as such.

Newlines identified over 30 experts in fields ranging from international law to Chinese ethnic policies it said had examined the available evidence regarding Beijing's treatment of Uighur people and the Genocide Convention.

Read more
Inside Xinjiang: China cracks down on Uighur population 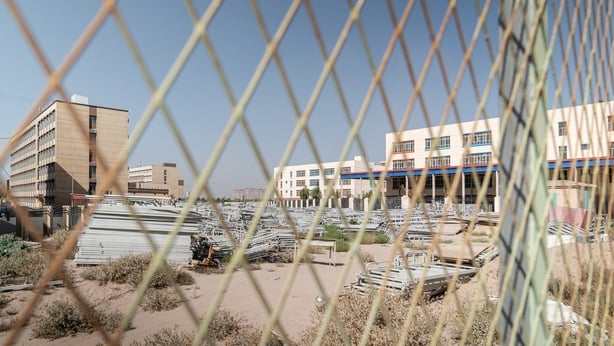 The convention was approved by the United Nations General Assembly in December 1948, with signatories that include China and 151 other countries.

It offers a handful of specific definitions of genocide, such as deliberately imposing conditions "calculated to bring about (a group's) physical destruction in whole or in part".

While violating just part of the convention can qualify as genocide, the report alleges Chinese authorities are in "breach of each and every act prohibited" by the definitions.

"The persons and entities perpetrating the ... acts of genocide are all state agents or organs - acting under the effective control of the State - manifesting an intent to destroy the Uighurs as a group," the report alleges.

US State Department spokesman Ned Price pointed to the experts' report as backing the US determination that China has carried out genocide in Xinjiang.

"We absolutely stand by that. In fact, there have been additional reports even today detailing allegations of what has transpired in Xinjiang," Mr Price told reporters.

Newlines, which was previously known as the Center for Global Policy, released a report in December that alleged ethnic minority labourers in Xinjiang were being forced to pick cotton through a coercive state-run programme. 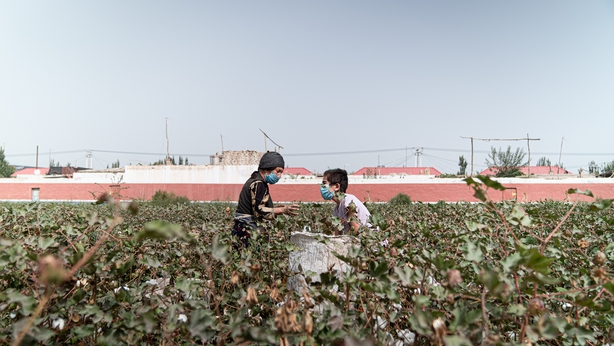 The report, which referenced online government documents, said the total number involved in three majority-Uighur regions exceeds a 2018 estimate of 517,000 people forced to pick cotton as part of the scheme by hundreds of thousands.

China has strongly denied allegations of forced labour involving Uighurs in Xinjiang and said training programmes, work schemes and better education have helped stamp out extremism in the region.