The ruling deals a major blow to any lingering political ambitions.

The sentence includes two years suspended and the remaining one year would be converted into a non-custodial sentence.

It means it is unlikely Sarkozy will end up behind bars over this case.

Sarkozy will appeal the conviction with his lawyer Jacqueline Laffont calling the verdict "extremely severe" and "totally unfounded and unjustified".

She said the former president was "calm but determined to continue to prove his innocence".

Sarkozy remains free, with no arrest warrant issued, but he faces several other corruption investigations over campaign financing and alleged influence peddling.

The sentence for seeking to illegally influence a judge is the latest twist in the tumultuous political career of the 66-year-old who remains a favourite for many on the right for his combative style and tough talk on crime and immigration.

The conviction is likely to undermine any attempted comeback to frontline politics, an ambition he has denied, but which has been promoted by many supporters ahead of 2022 presidential elections. 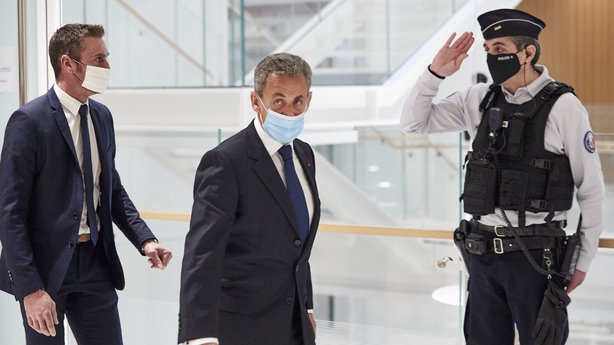 Wearing a dark suit and tie, Sarkozy showed no emotion as the sentence was read out and he left court without commenting to waiting journalists before heading to his private office in central Paris.

"What a senseless witch-hunt, my love Nicolas Sarkozy," his wife, former supermodel and singer Carla Bruni, posted on Instagram, next to a picture of the couple embracing.

"The fight goes on, the truth will come out. #injustice."

Only one other modern French president, Sarkozy's political mentor Jacques Chirac, has been convicted of corruption.

Chirac, who did not attend proceedings in 2011 due to ill health, received a two-year suspended sentence over the creation of ghost jobs at the Paris city hall to fund his party when he was mayor.

Today's verdict related to a case of influence peddling and corruption, one of at least four separate investigations into Sarkozy.

It centred on allegations that the former head of state offered to help a judge obtain a desirable job in Monaco in 2014 in exchange for information about an inquiry into his campaign finances.

The former president told the court during the trial he had "never committed the slightest act of corruption".

Prosecutors called for him to be jailed for four years and serve a minimum of two, and asked for the same punishment for his co-defendants -- lawyer Thierry Herzog and the judge Gilbert Azibert, who were also convicted.

While reading out her sentence, judge Christine Mee said Sarkozy, who was "guarantor of the independence of the judiciary, used his status as a former president to favour a magistrate who had served his personal interests".

The charges carried a maximum sentence of ten years and a fine of €1m.

On 17 March, Sarkozy is scheduled to face a second trial over accusations of fraudulently overspending in his failed 2012 reelection bid.

He has also been charged over allegations he received millions of euros from Libyan dictator Muammar Gaddafi for his 2007 election campaign. 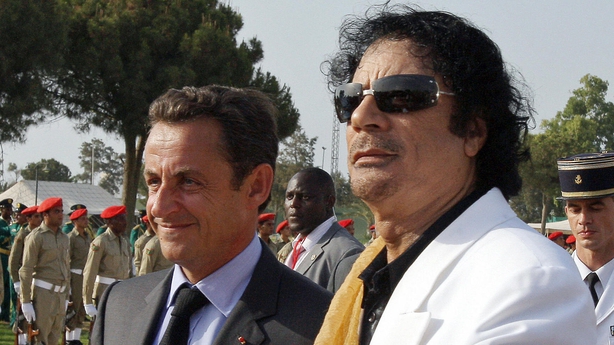 And in January, prosecutors opened another inquiry into alleged influence-peddling by Sarkozy over his advisory activities in Russia.

The guilty verdict is a further blow to Sarkozy's centre-right allies in the Republicans party who are struggling to coalesce around a single candidate ahead of presidential elections next year.

"The severity of the punishment is absolutely out of proportion and is revealing of a judicial witch-hunt by an institution that is highly contested," said Christian Jacob, head of the Republicans party.

He took aim at the specialised financial crimes prosecutors' office which pursued Sarkozy, as well as his closest political ally while in power, former prime minister Francois Fillon.

Fillon, whose 2017 bid for the presidency was torpedoed by corruption charges, was convicted in June last year of creating a fake parliamentary job for his wife and handed a five-year jail term, with three suspended.

Sarkozy and Herzog were found guilty of trying to bribe judge Azibert over an inquiry into claims the former leader had received illicit payments from L'Oreal heiress Liliane Bettencourt during his successful 2007 presidential campaign.

The state's case was based on wiretaps of conversations between Herzog and Sarkozy.

Ms Laffont lashed out at the flaws and "emptiness" of the prosecutor's accusations, with the defence also claiming that the tapped conversations had been just "chats between friends".

Azibert, who was a senior adviser at France's highest appeals court at the time, never got the job in Monaco.

Sarkozy's lawyers argued this pointed to the absence of corruption, but prosecutors said French law makes no distinction between a successful corruption attempt and a failed one.