"A day for History," the regional government of Melilla tweeted along with pictures of workmen backed by a mechanical digger removing the statue yesterday evening from the gates of the city.

The bronze statue, which shows Franco standing, was erected in 1978 to commemorate his role as commander of the Spanish Legion in the Rif War, a conflict Spain fought in the 1920s against Berber tribes in Morocco.

As a result of the statue's removal, no more commemorative tributes remain in public streets to the man who ruled Spain between the end of the 1936-39 Spanish Civil War and his death in November 1975. 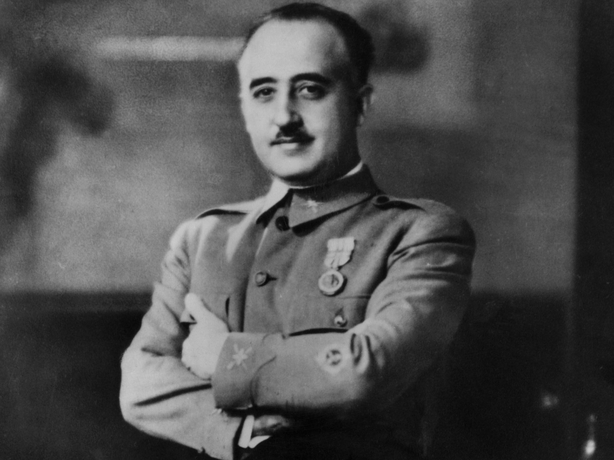 The head of the regional government of Melilla said the statue was taken to a municipal warehouse, without clarifying whether it would later be put in a museum.

A 2007 law passed by a previous Socialist government obliges towns to remove public symbols of the Franco era and to rename streets named after the dictator or generals who fought with him in the civil war.

As a result, symbols of the dictatorship have slowly been removed, including other high-profile statues around Spain.

The local assembly voted on Monday to remove the statue, which the government of Melilla said was "the last statue of Franco in the public sphere in Spain", to comply with this law.

Only the far-right Vox party voted against the motion , while the conservative Popular Party (PP) abstained.

Vox argued the statue was a tribute to Franco for defending the city during the Rif War against Moroccan rebels and not a homage to him as a dictator. 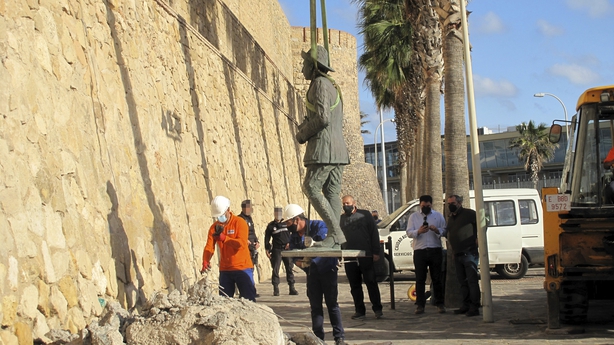 Franco ruled Spain with an iron fist during one of Europe's longest dictatorships. His regime was notorious for imprisoning, torturing and killing people who spoke out against his rule.

Socialist Prime Minister Pedro Sanchez has made reparations for the victims of the Franco era one of his priorities since coming to power in 2018.

In October 2019, he had Franco's remains removed from a vast basilica in the Valley of the Fallen near Madrid where he was buried when he died in 1975.

They were transferred to a discreet family plot in El Pardo cemetery on the outskirts of the Spanish capital.