Dozens of dogs with coloured fur have been found wandering the streets of several Russian cities.

Over the weekend, 13 stray dogs were found with a strange blue fur in Dzerzhinsk, almost 400km east of Moscow.

They were picked up at the Dzerzhinskoye Steklo factory, which produces acrylic glass and prussic acid. 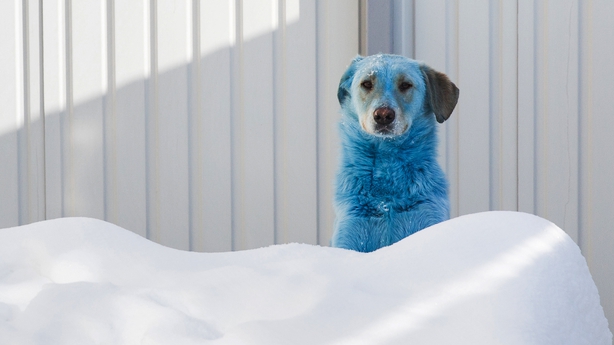 The dogs' fur tested positive for the blue pigment.

They were taken to a veterinary clinic in the city of Nizhny Novgorod, 40km east of Dzerzhinsk. It is not yet known what caused their fur to change colour.