Authorities in Tangiers said that 28 bodies, mostly of women, had been recovered from the workshop in a residential area of the northern port city.

"The victims were trapped with no way to get out" and drowned, said senior fire and rescue service official Abderrahim Kabajj on Morocco's 2M television station.

The channel reported that 28 people had died.

An inquiry has been launched into the accident.

"Responsibilities will be determined and necessary sanctions will be taken ... this cannot pass without consequences," Prime Minister Saad-Eddine El Othmani said in a message of condolences on Facebook.

Morocco's informal sector plays a key role in the economy, with over half of the country's textile and leather production coming from unregulated operations, according to Morocco's employers' association.

Many fail to meet official safety standards, it says.

Moroccan lawmakers observed a minute of silence in parliament in memory of the "martyrs of the informal economy", before the first burials in the evening. 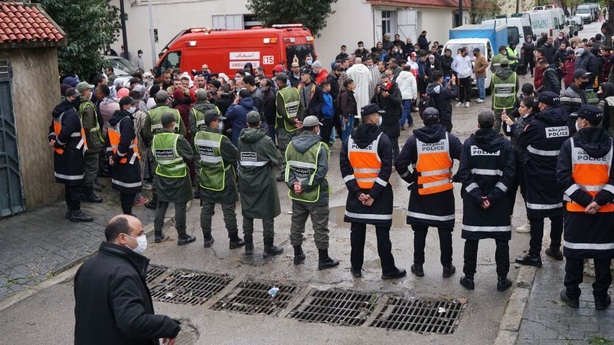 Mohamed Benaissa, head of the local group the Northern Observatory for Human Rights, said the workshop "has existed for 10 years", pointing to a high voltage power connection "requiring official certification".

It was not the only such factory in Tangiers, he said, adding that his association had observed "many other workshops in the basements of houses without respect for safety regulations, even during the coronavirus pandemic".

The deaths have caused an outcry in the North African country, including in the media.

Local daily L'Economiste in its editorial denounced "factories of poverty" and said the incident had refocused attention on labour rights.

Arab-language daily Al Massae said "a large part of the responsibility ... comes back to local authorities who did not intervene to stop this illegal operation". 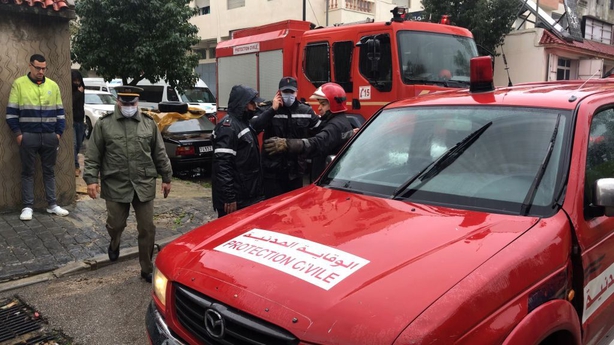 Around 200,000 people are employed in Morocco's informal textiles industry, according to official figures.

Developed in the 1980s, the sector has suffered in recent years from competition from Turkey, along with China and other Asian countries.

The city of Tangiers and its port, just across the Strait of Gibraltar from Spain, enjoys a privileged position for exports to the European Union.

But Morocco's share in the EU market, its main textiles customer, dropped around 3% in 2019, and the situation further deteriorated in 2020 due to the coronavirus pandemic, despite efforts such as switching to producing face masks.

Precarious employment and poor work conditions are not new in Morocco, and reports over the years have noted the inadequacy of regulation in the industry.

Morocco registers some 2,000 deaths each year due to work-related accidents, "one of the highest figures" in the Middle East and North Africa, according to the Economic, Social and Environmental Council (CESE).