Conjoined twin boys in war-ravaged Yemen are in "critical condition" and in need of treatment abroad, a hospital in the capital Sanaa has said.

Born on Wednesday, "the two babies are now in a critical condition", according to Majda al-Khatib, director of Al-Sabeen hospital.

"An echocardiogram showed that each of the two children had their own heart, though the position of the heart of one of them is not normal," she told AFP.

The facility's "low capacity" prevents doctors from accurately determining "which organs are connected", she added. 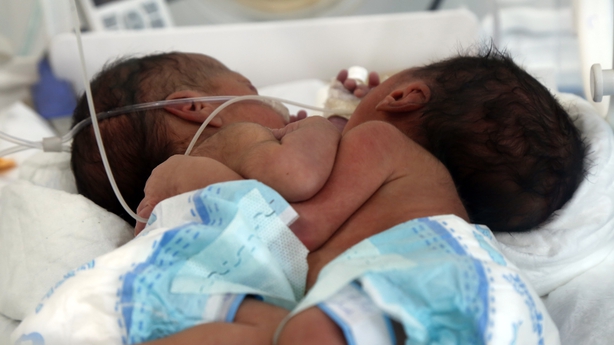 The Yemeni capital has been controlled since 2014 by Iran-backed Huthi rebels, who are fighting forces of the internationally recognised government supported by a Saudi-led military coalition.

Sanaa's airport is closed to commercial flights due to an air blockade imposed by the Saudi-led coalition.

But Dr Khatib said "there is certainly a chance for them (the twins) to leave Yemen in order to be separated if the relevant authorities cooperate".

"This is important and essential."

She said the health ministry was pleading their case with international organisations, including the UN. 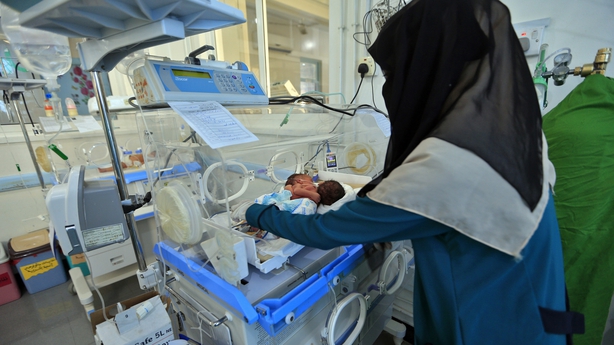 In February 2019, another pair of conjoined baby boys in need of urgent treatment died in Sanaa two weeks after their birth.

Their plight had sparked a plea for urgent medical treatment overseas.

Yemen's conflict has precipitated the world's worst humanitarian crisis, according to the United Nations.

In October, the UN said malnutrition among young children in the country had soared to the highest levels ever recorded there.