Following years of public outcry and campaigning by American pop star Cher, the "world's loneliest elephant" has embarked on a mammoth move from Pakistan to retirement in a Cambodian sanctuary.

The famed singer and Oscar-winning actress has spent recent days at the Islamabad zoo to provide moral support to Kaavan - an overweight, 36-year-old bull elephant - whose pitiful treatment at the dilapidated facility sparked an uproar from animal rights groups and a spirited social media campaign by Cher.

"My wishes have finally come true", Cher said in a statement thanking her charity Free The Wild.

"We have been counting down to this moment and dreaming of it for so long and to finally see Kaavan transported out of (the Islamabad) zoo will remain with us forever."

Kaavan's case and the woeful conditions at the zoo resulted in a judge this year ordering all the animals to be moved.

"Thanks to Cher and also to local Pakistani activists, Kaavan's fate made headlines around the globe and this contributed to the facilitation of his transfer," said Martin Bauer, a spokesman for Four Paws International -- an animal welfare group that has spearheaded the relocation effort.

Experts spent hours coaxing a slightly sedated Kaavan into a specially constructed metal crate - at one point using ropes to help pull him in - that was to be hoisted onto a lorry and taken to Islamabad airport. 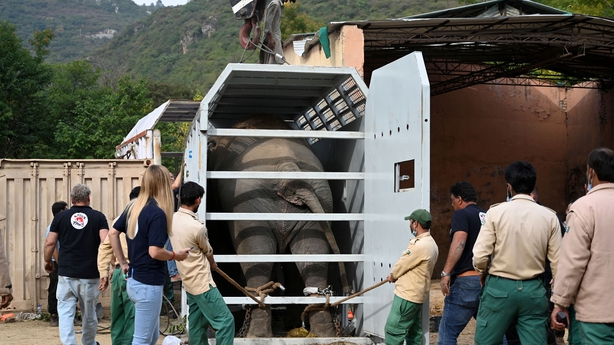 From there, Kaavan will be sent via a Russian transport jumbo jet for the lengthy flight to Siem Reap in northwestern Cambodia. The plane will stop for refuelling in New Delhi.

Cher spent several days in the Pakistani capital to visit Kaavan before the trip to a 10,000-hectare Cambodian wildlife sanctuary, with Prime Minister Imran Khan personally thanking the 74-year-old star.

Cher was due to fly to Cambodia today to be in the Southeast Asian nation when the elephant arrives.

Officials said Kaavan will initially be kept in a small designated section of the park where he can see other elephants.

"Sending him to a place where he can be with other elephants of his kind ... is really the right choice," climate change minister Malik Amin Aslam told AFP.

"We will be happy to see him happy in Cambodia and we hope he finds a partner very soon." 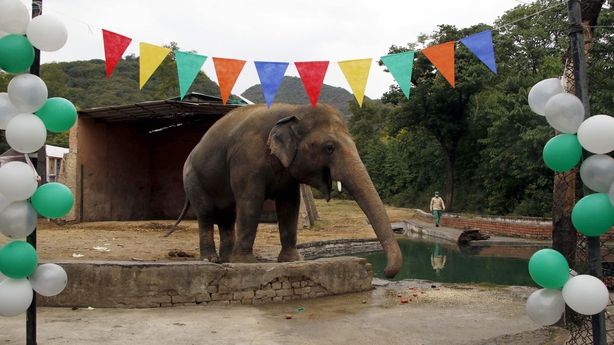 Dubbed by the press as the world's loneliest elephant, Kaavan is the only Asian elephant in Pakistan - the tiny number of other pachyderms at other zoos are African.

A team of vets and experts from Four Paws have spent months working with Kaavan to get him ready for the trip to Cambodia, which has included training the elephant to enter the massive metal transport crate that will be placed in a cargo plane for the seven-hour flight.

Zoo officials have in the past denied Kaavan was kept in substandard conditions or chained, claiming instead the creature was pining for a new mate after his partner died in 2012.

But Kaavan's behaviour - including signs of distress such as continual head-bobbing - raised concerns of mental illness.

Rights groups and conservationists have said that the abysmal conditions at the Islamabad zoo resulted in part from the lack of legislation in Pakistan aimed at protecting animal welfare.

"There's a lot of improvement to be made," said Rab Nawaz with the World Wildlife Federation in Pakistan.

"Kaavan is just one animal. There's lots of animals in Pakistan... which are in miserable conditions."