The Ethiopian military will begin the "final phase" of an offensive in the northern Tigray region, Prime Minister Abiy Ahmed has said, hours after an ultimatum for Tigray forces to surrender expired.

"The 72-hour period granted to the criminal TPLF clique to surrender peacefully is now over and our law enforcement campaign has reached its final stage," he tweeted, adding that civilians would be spared and that thousands of fighters had already surrendered.

"The last peaceful gate which remained open for the TPLF clique to walk through has now been firmly closed," Mr Abiy said.

Claims by all sides have been impossible to verify because phone and internet connections to the region are down and access to the area is tightly controlled.

African envoys went to Ethiopia to plead for peace yesterday, hours before the ultimatum was to expire. 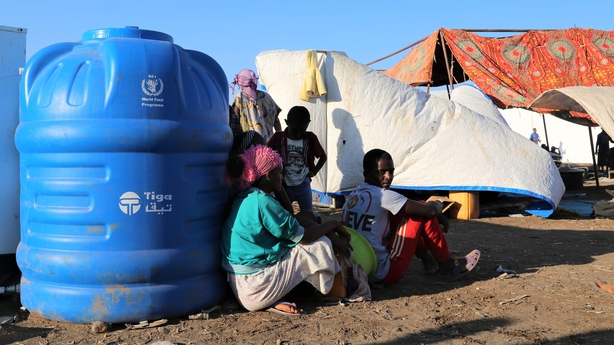 Mr Abiy's government set a 72-hour ultimatum on Sunday for the Tigray People's Liberation Front (TPLF) to lay down its arms or face an assault on Mekelle, the highland regional capital city of 500,000 people.

How Ethiopia reached the brink of civil war

He called on the people of Mekelle to "disarm, stay at home and stay away from military targets".

"Our National Defence Forces have carefully devised a strategy to bring the TPLF criminal clique to justice without harming innocent civilians, heritage sites, places of worship, development institutions and property," he added.

Thousands of people are already believed to have died and there has been widespread destruction from aerial bombardment and ground fighting since the war began on 4 November.

Around 42,000 refugees have fled over the border to Sudan. TPLF rockets have hit neighbouring Eritrea.

The conflict pits Ethiopia's central government against the TPLF, which dominated the country for decades until Mr Abiy took power two years ago.

Ethiopia is a federation of 10 regions run by separate ethnic groups. Tigrayans make up around 5% of the population but had outsized influence as the most powerful force in a multi-ethnic ruling coalition from 1991-2018.

Both sides have accused the other of ethnic-based killings, while denying responsibility for carrying them out.

In Tigray, satellite images showed Ethiopian troops in the ancient town of Axum and trenches dug across the local airport's runway. Axum's history and ruins give Ethiopia its claim to be one of the world's oldest centres of Christianity.

Mr Abiy, who won last year's Nobel Peace Prize for ending a two-decade standoff with Eritrea, repeated his position yesterday that the Tigray fighting was an internal law enforcement matter.

"Because the Ethiopian government has painted this as a domestic, criminal situation, they are shunning the type of diplomacy and international mediation efforts that they are typically a part of themselves in offering to regional states," said Grant Harris, ex-senior director for African affairs at the National Security Council in former US president Barack Obama's administration.