Turkish rescue workers are continuing to search through rubble for survivors as the death toll from a powerful earthquake that hit the Aegean Sea yesterday afternoon rose to 27.

Officials in the city of Izmir said 25 people were killed in coastal areas in Turkey's west, while two teenagers - a boy and a girl - died on the Greek island of Samos after a wall collapsed on them.

At least 20 buildings in the city were destroyed, authorities said, and the rescue work was punctuated by frequent aftershocks.

Bulldozers were removing debris from collapsed buildings, and rescuers were dismantling walls to reach those stuck under the rubble, television images and videos showed. 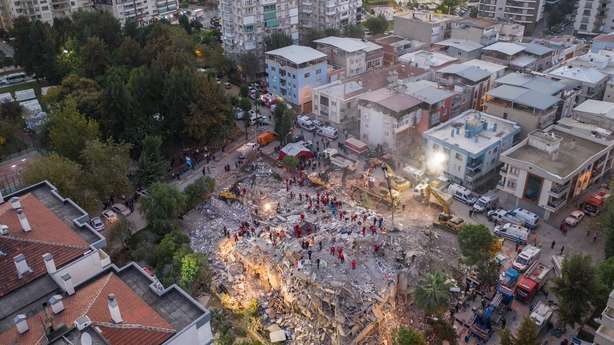 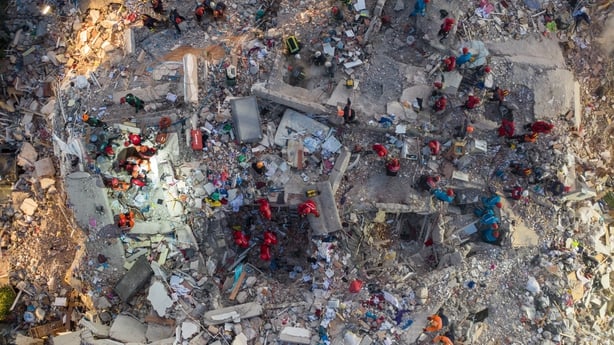 Environment Minister Murat Kurum said some 100 people had been rescued so far.

More than 800 people were injured in Turkey, and the area had been hit by some 470 aftershocks, the country's disaster agency said.

In central Izmir, rescuers were seeking to save a mother and her four children from the remains of a building. Relatives waited outside another collapsed building.

Search and rescue operations were complete in eight buildings, while operations continued in nine others, officials said.

The leaders of Turkey and Greece - caught up in a bitter dispute over exploration rights in the eastern Mediterranean -spoke by phone late last night. 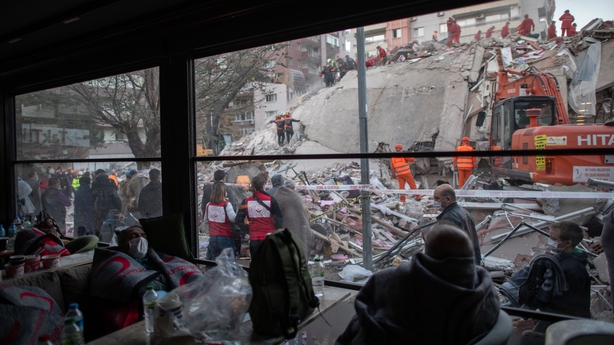 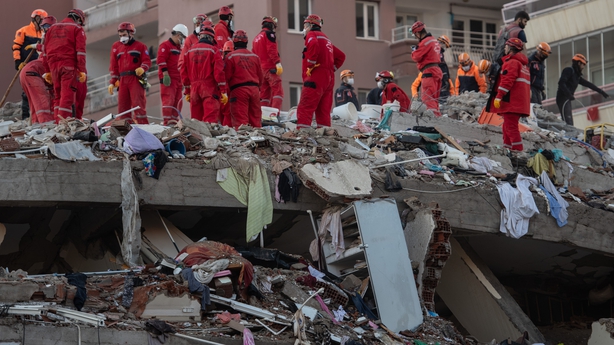 In a rare show of warmth between the two countries, Turkish and Greek leaders exchanged solidarity messages.

"I just called President (Tayyip Erdogan) to offer my condolences for the tragic loss of life from the earthquake that struck both our countries. Whatever our differences, these are times when our people need to stand together," Greek Prime Minister Kyriakos Mitsotakis tweeted.

Mr Erdogan responded in saying "I offer my condolences to all of Greece on behalf of myself and the Turkish people. Turkey, too, is always ready to help Greece heal its wounds.

"That two neighbours show solidarity in difficult times is more valuable than many things in life."

Turkey is crossed by fault lines and is prone to earthquakes.

Cooperation between the two countries after a devastating earthquake in 1999 led to a period of warmer ties between them.