Pope Francis has named 13 new cardinals, including nine under the age of 80 who are eligible to enter a conclave to elect his successor after his death or resignation.

They will be elevated to the high rank at a ceremony known as a consistory at the Vatican next month.

The nine electors come from around the world and increase the possibility that the next pope will be a person who will continue Francis' policies.

Those aged under 80 include Archbishop Wilton Gregory of Washington DC. 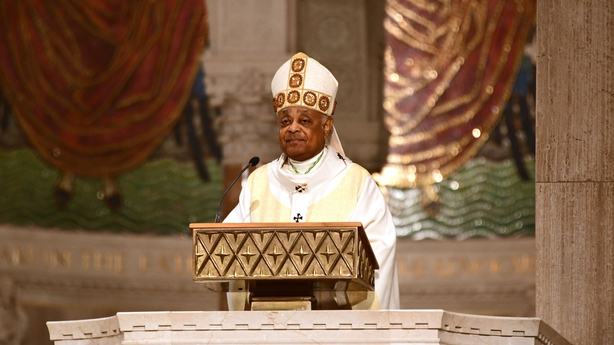 The four non-electors who are over 80 are being elevated to the high rank because of their long service to the church.

The pope made the surprise announcement while addressing pilgrims from his window overlooking St Peter's Square.

Mario Grech - Secretary General of the Synod of Bishops

Marcello Semeraro - Prefect for the Congregation of the Causes of Saints

Wilton Gregory - Archbishop of Washington, US

Mauro Gambetti - Guardian of the Franciscan Sacro Convento in Assisi

*Raniero Cantalamessa - Capuchin Father and preacher of the Papal Household

*Enrico Feroci - Pastor of the Shrine of Divine Love

* New cardinals who will be over the age of 80