China has been building a vast network of high-security facilities across the north-western province of Xinjiang, which it calls vocational training centres, where it is estimated a million or more Uighurs, Kazakhs and other Muslim minorities have been detained.

The government says its policies are aimed at counter-terrorism and poverty alleviation and that the centres have now closed and everyone has found work.

Yvonne Murray was one of the first reporters to go to Xinjiang after a harsh virus lockdown kept the province closed for months.

She went to the city of Kashgar to visit some of the sites of the vocational training centres but found her ability to report heavily restricted.

For centuries, this ancient Silk Road trading post, at the crossroads of China and Central Asia, has been the homeland of the Uighurs, a distinct Turkic ethnic group with their own Islamic culture and tradition. 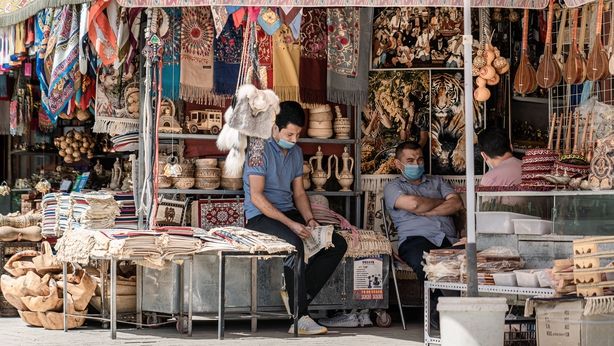 But under a government crackdown to curb "religious extremism," many of the centuries-old Uighur customs have vanished.

Long beards, once traditional here, have gone. Veils too.

The famous Id Kah mosque where thousands used to gather in prayer stands empty and silent. Opposite, a giant, red propaganda banner declaring "genuine gratitude to the Party Central, with Xi Jinping at its core" flutters in the breeze.

It's a popular tourist spot complete with camels available for photo ops outside the mosque. But this is a city that has seen violent protests in the past and security is tight. 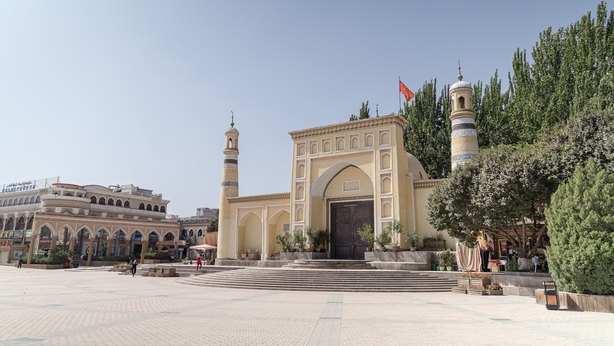 There are police officers on every street corner. Heavily armed guards man the ubiquitous checkpoints. Chopping knives are attached to the food stalls with short metal chains.

The population is kept under constant surveillance and we, as foreign journalists, are no exception.

We are told by the local authorities that we are welcome in Xinjiang and free to report.

But above us, high-tech cameras swivel to watch us. 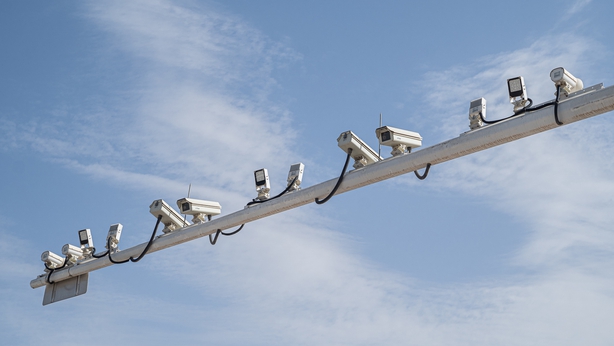 Security officials in plain clothes follow us everywhere, on foot through the city and in cars when we drive.

We come to recognise them and keep a list of number plates of the unmarked vehicles on our tail.

They film us on their mobile phones and take pictures of us on long lenses when they think we can’t see them.

They want to know where we are going but mostly, they are keeping an eye on the local people we interact with.

A man follows me into a shop where I stop to ask directions. The shopkeeper and his friend fall silent as soon as they see him. 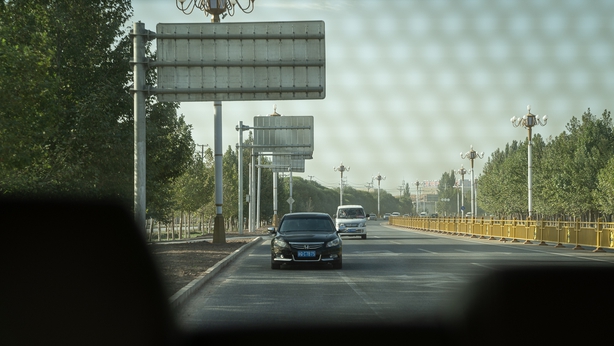 We exchange a few innocuous words with another person as we are filming TV pictures. Moments later, we see him being stopped and questioned in an underground walkway.

We know that carrying out interviews with Uighur people under this level of surveillance would put them in serious danger.

And so, we have to piece together a picture of what’s happening here from testimony from Uighurs living overseas, official Chinese government documents and publicly available satellite imagery, showing the scale of the mass incarceration capacity that has been rapidly built across Xinjiang in the past few year, plus our own attempts to find out the truth on the ground.

We return to two of these sites in Kashgar, but are decidedly less welcome.

At one facility outside the city limits, we can see through an open window in the building closest to the road what appear to be dormitories furnished with bunk beds. But behind the main building there are several other large blocks with bars on all the windows.

We approach to ask whether it is still operational as a training centre and several men rush out, shouting at us to stop filming.

"There is nobody here," they tell us. 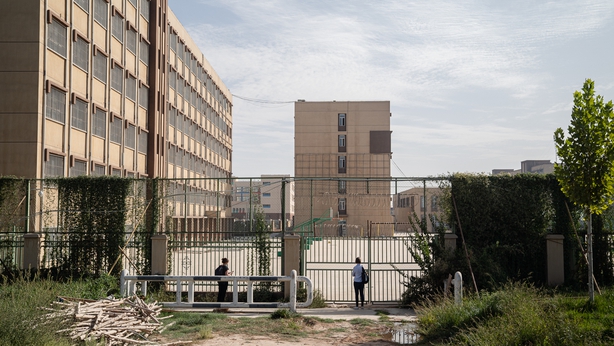 At another large complex surrounded by barbed wire with bars on the dormitory windows, and where again outside observers were once shown around a vocational training centre, we are told it is an "ordinary school" and we should leave.

Through the railings we see hundreds of discarded bunk beds piled up outside. But there is new construction work taking place. Again, guards put their hands up to stop us filming.

The police are called and we are escorted away.

Later that day, several people from this facility turn up at our hotel with two police officers. They refuse to answer questions about their "school". Under duress, we are forced to delete some of our footage.

The government says the vocational training centres have now closed but publicly available satellite imagery shows that several more high-security facilities have been constructed within the past year, suggesting that while vocational training might be over for the Uighurs, mass detention is not.

We locate one brand new complex, south of the city, surrounded by high walls topped with barbed wire.

Several watchtowers at the back are just visible from the road. But we are being closely followed by five or six cars so we decide not to stop.

Cut off from the world

Reports from Uighurs who have been through the camps in Xinjiang and are now living overseas, point to a vast and systematic campaign of mass incarceration of an ethnic group, including accounts of torture, abuse and forced sterilisation - allegations that Chinese officials often dismiss as "fake news".

The authorities fear infiltration by international terrorist groups and see anyone with links abroad as suspicious.

People here know that to send a message to a loved one abroad would almost certainly lead to detention. So, they don't dare.

As a result, all Uighurs here are now cut off from the world, unable to contact their family members overseas. To do so, would almost certainly lead to detention. 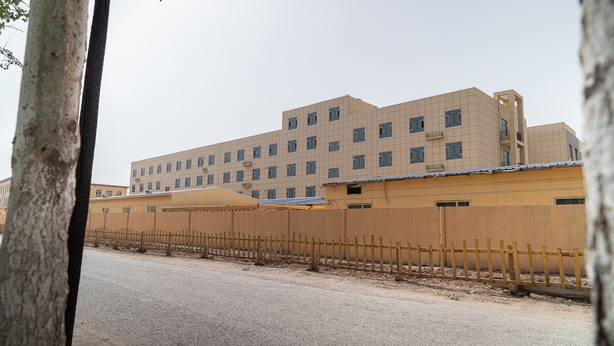 For the first time we interview a Uighur in Ireland, who cannot speak openly for fear of reprisals against her family in Xinjiang.

Her friends and family suddenly deleted her from their WeChat messaging app and now she lives with the pain of not knowing what’s happening to them.

"I don’t know if they are well or they are happy, or they are somewhere else or being tortured," she said.

"Imagine not being able to call your mum.

"During this pandemic, it’s really hard. My mum is almost 70 years old - she still cares about me … she wants to talk to me and talk to my kids - her grandchildren - but she’s not able to do that.

"I really hope she is still healthy and still alive.

"My family is secular, not really religious. Both my parents worked for the government and they are not involved in politics at all.

"So I think the only reason for this trouble is because they have a daughter living abroad.

"I feel guilty, deep inside my heart."

The Chinese government has brushed off criticism about its policies in Xinjiang.

It says vocational training and "re-education" in Xinjiang are aimed at alleviating poverty, providing the workforce with skills and rooting out Islamic terrorism in a region hit by sporadic outbreaks of violence.

Speaking to RTÉ News, He Xiangdong, Chinese Ambassador to Ireland, said: "The main purpose for the vocational training centre is for those people who are under the influence of religious extremism and who also lack skills to work because in Xinjiang in many places some people are not well educated.

"They cannot speak the common language in China, Mandarin Chinese.

"So it is very difficult for them to get vocational training and to be employed. I think poverty is one of the major reasons for those people being influenced by religious extremism."

A new government white paper states the government has provided vocational training to an average of 1.29 million urban and rural workers every year from 2014 to 2019.

It also details official operations to re-locate millions of what it terms "surplus rural workers" to factories in Xinjiang to other provinces in China in "voluntary labour" schemes.

The white paper offers justification for why Uighurs need "re-educating".

It states: "Terrorists, separatists and religious extremists have long preached that the 'afterlife is fated’ and that ‘religious teachings are superior to state laws’, inciting the public to resist learning the standard spoken and written Chinese language, reject modern science and refuse to improve their vocational skills, economic conditions and the ability to better their own lives.

"As a result, some local people have outdated ideas, they suffer from poor education and employability, low employment rates and incomes and have fallen into long term poverty."

But campaigners say Uighurs, many of whom have been through "vocational training," are being forced to work in government-assigned jobs.

The United States Congress has just passed a bill to ban some imports from Xinjiang over forced labour claims and pressure is building on international brands to examine their supply chains in the region, which it is estimated produces nearly 20% of the cotton in the global textile industry.

"Major international studies have shown conclusively that Uighurs who are detained in these camps are being forced to work in factories involved in the global supply chain of clothing and other products," says Dr David O’Brien, professor of East Asian Studies at Ruhr University Bochum, Germany, who previously lived and worked in Xinjiang.

"One fifth of the world’s cotton is produced in Xinjiang so there is very strong evidence that clothing and other products made with forced labour are being sold in Irish stores and Irish consumers need to be aware of this," he added.

"Ireland will soon sit alongside China on the United National Security Council and we have a real moral responsibility to speak out on behalf of these people, not just the people in the camps but the levels of surveillance and cultural assimilation going on.

"It is an extraordinary campaign against an ethnic group who have been victims of what can really be termed cultural genocide."

In Kashgar old city bazaar, I stop at a stall to buy some fruit.

The Uighur seller presents his laminated WeChat QR code, the cashless payment method universally used in China, for me to scan with my mobile phone.

But while I’m getting my phone out of my bag, the man says apologetically: "No WeChat." 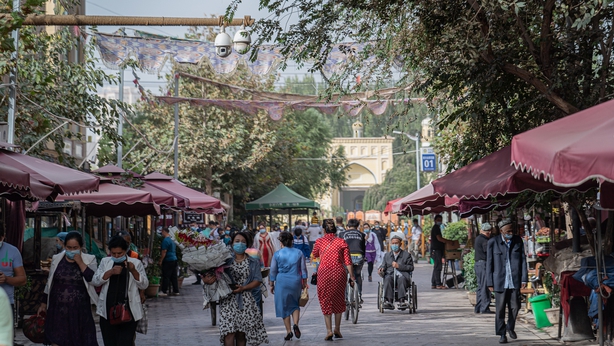 The QR code he showed me is suddenly nowhere to be seen.

It takes a few seconds for it to sink in and then I realise.

He is afraid of being found with a transaction from a foreigner on his WeChat.

I pay with cash instead. Because we both know there are people watching.