An ambulance aircraft carrying gravely ill Kremlin critic Alexei Navalny landed at Berlin's Tegel airport this morning after he was evacuated from the Siberian city of Omsk and brought to Germany for treatment.

German doctors had flown to Omsk yesterday to evacuate Mr Navalny, a long-time opponent of President Vladimir Putin, at the request of his wife and allies who said that the hospital treating him was badly equipped.

"The condition of Navalny during the flight and after landing is stable," Slovenian-born activist and filmmaker Jaka Bizilj told German mass tabloid Bild.

Mr Bizilj is the founder of the Cinema for Peace Foundation which sent the air ambulance to pick up Mr Navalny.

Mr Navalny was expected to be rushed to Berlin's Charite hospital, about 10km from Tegel airport.

Mr Navalny, an opponent of Vladimir Putin and long-time campaigner against corruption, collapsed on a plane on Thursday after drinking tea that his allies believe was laced with poison.

His allies said they feared authorities might try to cover up clues as to how he fell ill.

Mr Navalny, 44, has been a thorn in the Kremlin's side for more than a decade, exposing what he says is high-level graft and mobilising crowds of young protesters. 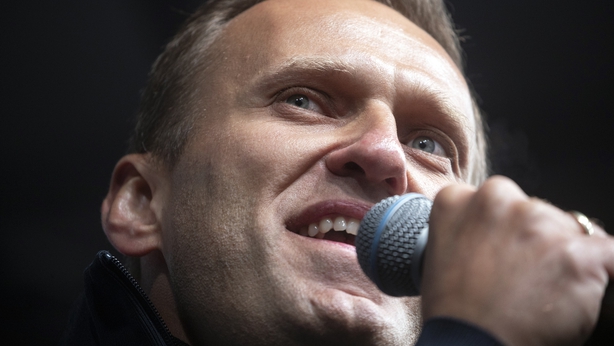 Two years ago, Pyotr Verzilov, another anti-Kremlin activist and a member of the Pussy Riot art collective, was treated at the Charite hospital in Berlin after he was poisoned in Moscow.

Medical staff at the Omsk hospital initially said yesterday that while Mr Navalny's condition had improved slightly overnight he was in too unstable a state to be safely transported out of the country.

They later said they had no objections after the German doctors deemed him fit for travel.

Mr Navalny's wife sent a letter to the Kremlin directly appealing for it to intervene and grant permission for him to be allowed to be flown out.