A crash between a high-speed train and a maintenance machine in central Portugal killed two people and injured at least 37 today, the national relief operations authority CNOS said.

A spokesman for CNOS said two medical helicopters, as well as more than 160 rescue personnel, including firefighters, were at the scene.

There were 212 passengers on board the Alfa Pendular train, the country's fastest, the spokesman said, adding that among those injured, 30 had minor injuries and seven were seriously hurt.

The crash happened in the town of Soure, around 30km (18 miles) from the central city of Coimbra. 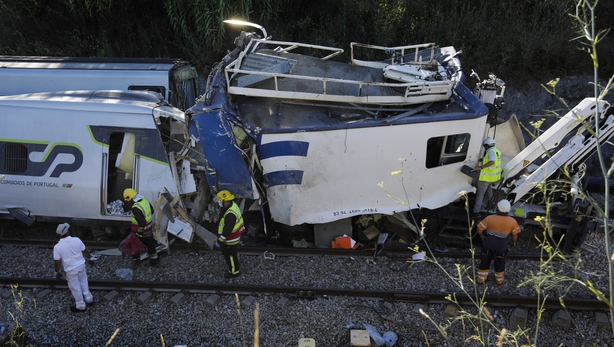 The town's mayor Mario Nunes said the two dead were working on the rail tracks when the crash took place.

The train driver was among seven people with serious injuries and was rushed to hospital, SIC Television reported.

A spokeswoman for the District Command of Relief Operations in Coimbra said more emergency services were on their way to the scene, where a field hospital was set up.

In a note shared on its official website, Portugal's President Marcelo Rebelo de Sousa said he "regrets the serious rail accident" and sent "heartfelt condolences" to the victims' relatives and friends.