Dutch politicians have "overwhelmingly" voted in favour of shutting mink farms by the end of the year after several outbreaks of the coronavirus saw thousands of animals being culled.

Members of the lower house of parliament approved calling on government to close down the farms and asked it to ban the breeding of animals "that are susceptible" to the coronavirus.

The motion, tabled by the Party for Animals and the Labour Party, was then accepted.

Health authorities slaughtered more than 1,500 mink earlier this month after the virus surfaced in nine farms in southern Netherlands since late April.

At least two farm workers were infected in what the World Health Organization said could have been the first known cases of animal-to-human transmission. 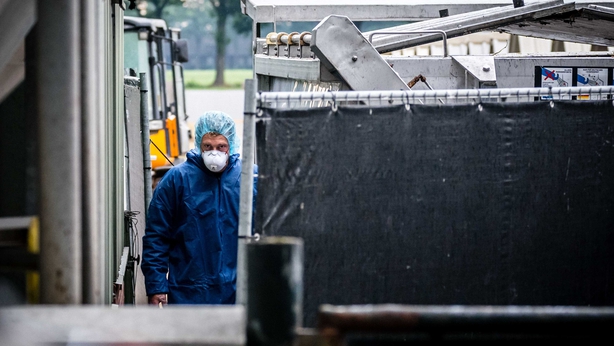 The MPs now "overwhelmingly voted in favour of shutting down the estimated 128 remaining mink farms in the Netherlands following the outbreak of Covid-19," the Humane Society International animal rights group said.

Politicians "voted in favour of the early closure of farms with compensation to be paid to fur farmers to end the practice earlier than the (original) phase out date of 31 December 2023," it added in a statement.

Mink breeding for fur is a controversial subject in the Netherlands and in 2016 the country's top court ordered the closure of all mink farms by 2024.

However some 4.5 million mink pelts were still produced by 2018, Humane Society International said.

Yesterday, the country reported its first day with zero deaths since the beginning of March.

Last year the Irish Cabinet approved a bill to phase out fur farming in Ireland.