Two major US food companies have said they would change the Aunt Jemima and Uncle Ben's brands, both of which feature African American mascots.

The United States has a long history of racist caricatures of African Americans and other minorities across popular culture, though in recent decades those images have become increasingly taboo.

Businesses across the world's largest economy are facing a reckoning over branding following last month's killing of a black man, George Floyd, at the hands of police in Minneapolis, which sparking many protests against racism.

PepsiCo said it would end entirely the Aunt Jemima line of pancake syrup and batter adorned with the face of a black woman, while Mars plans to "evolve" the Uncle Ben's brand of rice dishes that uses a black man as its logo.

"We recognize Aunt Jemima's origins are based on a racial stereotype," Kristin Kroepfl, vice president and chief marketing officer of Quaker Foods North America, the PepsiCo subsidiary that produces Aunt Jemima, said in a statement.

"While work has been done over the years to update the brand in a manner intended to be appropriate and respectful, we realize those changes are not enough." 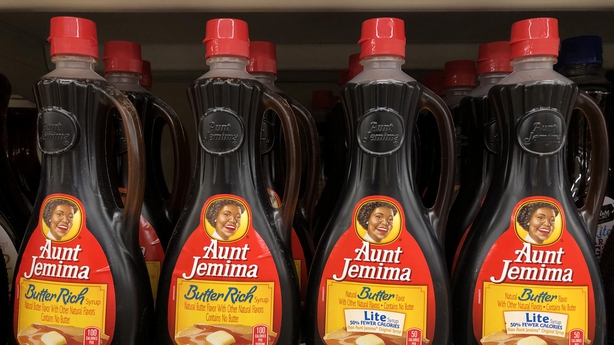 The Aunt Jemima brand has existed for more than 130 years, and "has evolved over time with the goal of representing loving moms from diverse backgrounds who want the best for their families," according to PepsiCo.

The brand's image will be removed starting in the fourth quarter, while the company said a new name will be announced.

Mars was less clear about what it would do with Uncle Ben's, saying in a statement, "We don't yet know what the exact changes or timing will be, but we are evaluating all possibilities."

The decision came after listening "to the voices of consumers, especially in the black community, and to the voices of our associates worldwide," with the goal being "to evolve the Uncle Ben's brand, including its visual brand identity," Mars said.

PepsiCo said it plans to donate at least $5 million over the next five years "to create meaningful, ongoing support and engagement in the black community."

Yesterday the company announced $400 million in investments "to lift up black communities" and increase black representation within the company.