An Irish band that has been stranded on board a cruise ship for four weeks is hoping it can disembark in eastern Australia despite some local opposition.

The Ruby Princess cruise ship, owned by Carnival Corp, has been docked at Port Kembla in New South Wales and is linked to many of the deaths associated with the virus in Australia.

There are five Irish people among the crew still on the ship, four members of the band Emerald Tide and an engineer.

Musician Killian Shannon boarded the ship with his band for a four-month tour on 4 December.

"Everything was plain sailing. We were very popular on board. We're the first Irish band to work for Princess Cruises and it's been quite successful," he said

The idea was to appeal to cruise passengers with Irish heritage, but following an outbreak of Covid-19, the band has been stuck on board well beyond the end of its contract.

Mr Shannon, from Corofin, Co Clare, said authorities in New South Wales initially deemed that the ship was low-risk of Covid-19 and passengers were allowed disembark on 19 March. 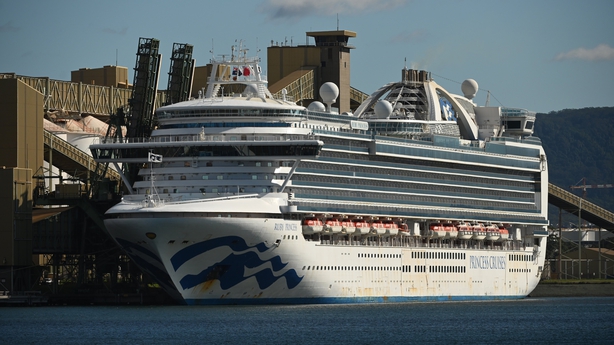 Hundreds of the confirmed Australian Covid-19 cases and about one-third of the country's reported deaths are linked to the Ruby Princess.

It is now the subject of several government and police investigations after the passengers were allowed to disembark in Sydney without testing.

"The next day it was announced the virus was on board. We were told to go back to our cabins and await further instructions," he said.

Crew members were allowed to move about while exercising social distancing and getting temperature checks every day.

That evening, Mr Shannon felt symptoms of a scratchy throat. The ship's medical centre instructed him to enter into isolation in a guest cabin.

His band were placed in the same situation due to their close proximity.

He suffered from coughing and a loss of his sense of smell and has tested positive for Covid-19.

"I had lost my sense of taste and smell. But I'm one of the lucky ones and I'm over the worst of it, I've had worse colds. My heart goes out to all the people who have had it more severe," she said

The band were unable to leave quarantine after 14 days because all non-essential workers were instructed by New South Wales health authorities to go into lockdown during that period.

The band members have now been in isolation for four weeks, but say they are being treated very well, fed three times a day and receive regular updates through the ship's intercom.

"Some days have been tougher than others. I've been trying to keep myself busy. Our balcony lets us get fresh air and shout down to each other whenever we need to," Mr Shannon said.

"Everyone wants to get off. It's very scary. We're just taking it day by day, hoping that each one is a day closer to getting home," he said.

More than 1,000 crew of various nationalities remain on the ship and the New South Wales government has promised they will be tested by the end of Saturday. 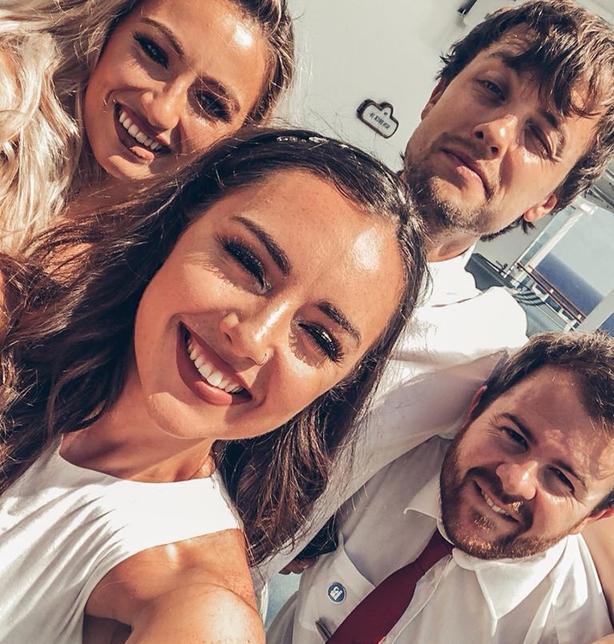 Ms O'Meara, who had been living in Killarney before the cruise, said the medical team have been taking precautions and looking after people well.

"The last official number I heard was 140 crew members on board have tested positive. I suspect that number will go up with a surge in testing," Mr Shannon said

"I'm hoping we can disembark from here and fly home," he added.

Police in New South Wales have said they want the ship out of Australian waters on Sunday.

"We're hoping we will be here long enough to make sure everyone is well," Mr Shannon said.

"We don't really know where we'll be going. My hopes are we'll be allowed to stay here for as long as it takes for us to get disembarked," he added.

Ms O'Meara said she was initially worried and scared due to a lack of information about how long the situation would last.

"We're non-essential crew members. We're praying that eventually we get negative results while we're at port, so we can disembark and get on land," said Ms O'Meara.

"Even if it meant we had to get quarantined on land for another two weeks: so be it. It's another step further to getting home. It's the final hurdle."

Mr Shannon said initial negative coverage from the Australian press has left the crew feeling isolated, but he appreciated support received from the Irish public.

More than 6,000 people have signed a petition in support of repatriating the Irish crew on board the Ruby Princess, while the local community in Wollongong has arranged more than 1,000 care packages to be sent on board.

"We're feeling very supported right now but at the same time we feel very alone. We're tired, we need to be able to talk to people face-to-face and explore a bigger space," said Mr Shannon.

"It's quite scary. It's the not knowing that is the scariest part. We have no idea when we will be let out of our cabins. We can't be sure there won't be another outbreak," he added.

The Department of Foreign Affairs said the Irish Consulate in Sydney is in contact with the Irish citizens on board the Ruby Princess.

It said it is also in contact with state and federal authorities in Australia to ensure the health and safety of the Irish citizens. 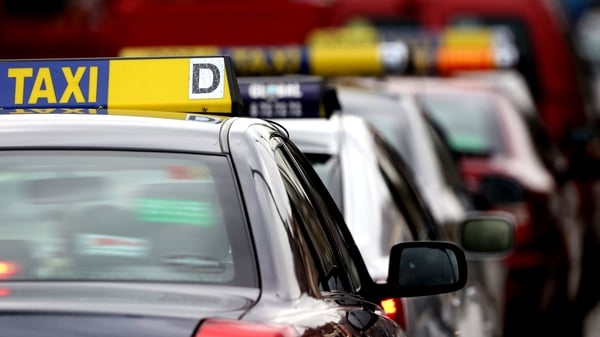 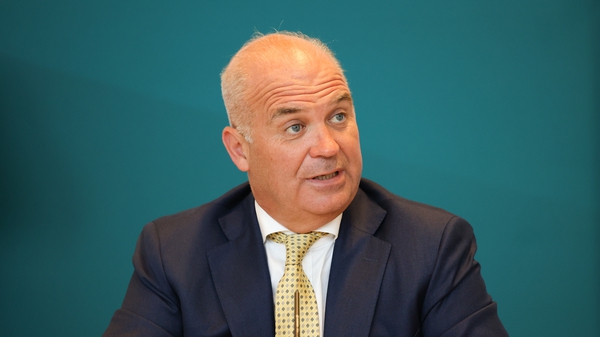