New South Wales, the Australian state most severely affected by last summer's wildfires has marked the official close to its worst ever bushfire season, which burned more than 6% of the state's land area and killed 25 people.

The country's devastating fire season, which lasted from September until torrential rains hit in February, killed 33 people and a billion native animals nationally. It destroyed some 2,500 homes and a wilderness area the size of South Korea.

The season was unprecedented in terms of fire conditions, the loss of lives and property, and the threat to communities across large parts of the state, NSW Rural Fire Service Commissioner Shane Fitzsimmons said.

"We continue to thank our members' families, colleagues and employers for allowing our volunteers to provide such a great level of protection to the people of NSW," he said in a statement. 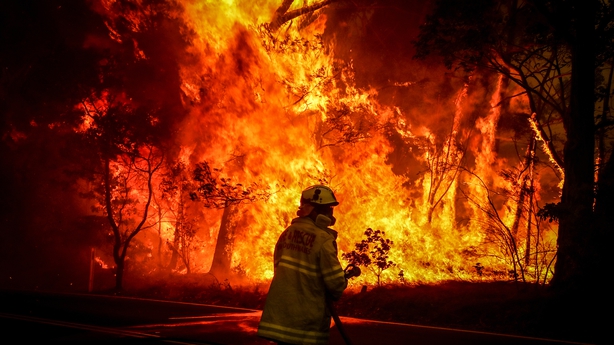 "Time and time again, we’ve heard from affected areas how the incredible work of fire fighters on the ground, backed up by the crews in the air, have helped save people and property."

Three local volunteer fire fighters and three US firefighters were among those killed in NSW.

Many residents impacted by the fires are still waiting for insurance payouts, according to local media reports, while coronavirus-linked travel restrictions have meant many tourist areas in the state will not see an influx of spenders to shore up their struggling economies.

"While the focus now for all of us is rightly on the coronavirus response effort, the next bush fire season will begin in only a matter of months, so keep your property prepared and have your bush fire survival plan up to date and discussed with those in your family and household," Mr Fitzsimmons said.

Australian summers are now effectively twice as long as its winters as climate change has increased temperatures since the middle of the last century, according to research by think-tank the Australia Institute.

While global emissions have fallen as a result of a downturn in aviation and other industries in the wake of the coronavirus, policy makers contend it may not have a long lasting impact on slowing climate change.