Dutch prosecutors have accused Russia of interfering with the criminal probe into the downing of flight MH17, including attempts to hack investigators and track down witnesses.

Some witnesses were in fear of their lives, prosecutors told the second day of the trial of four suspects into the 2014 crash of the Malaysia Airlines jet in rebel-held eastern Ukraine.

"There are clear indications that Russian security services are actively attempting to disrupt efforts to establish the truth behind the shooting down of flight MH17," prosecutor Thijs Berger told judges.

Russia had targeted investigators in several countries affected by the disaster, in which 298 people died, the prosecutor told the hearing at a high-security court near Amsterdam's Schiphol airport.

"The British and Dutch authorities have determined that Russian GRU agents were involved in attempting to hack into the systems of the Malaysian investigative authorities," Mr Berger said, referring to Russia's military spy agency.

There had also been attempts to hack into the Dutch safety board that was investigating the MH17 disaster, he said.

"Seen as a whole, this information casts a dark shadow over these proceedings," Mr Berger said.

The prosecutor added that there were fears Russia was trying to trace potential witnesses in the trial, some of whom will give anonymous testimony. 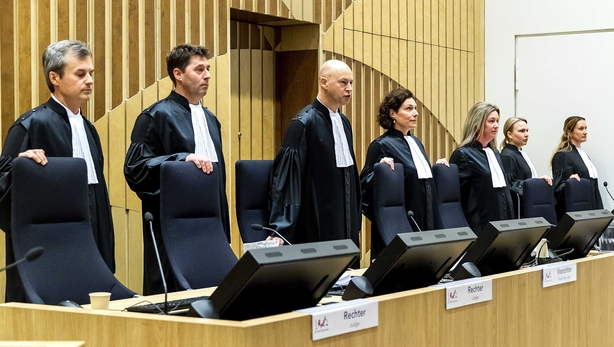 "The use of Russian security services to discover the identify of witnesses in this investigation is a very real scenario.

"These agencies have the capability to intercept communications and monitor people's travel movements," Mr Berger added.

"Several witnesses in this investigation say that they fear for their lives if their identities were to come to light."